Facts about the Great Wall of China

The Great Wall of China is an ancient series of walls and fortifications located in northern China, built around 500 years ago. Estimates of its length vary from 1,500 to 5,000 miles, but an archaeological survey carried out in 2012 by China's State Administration of Cultural Heritage suggested the wall is more than double than that length.. some 13,000 miles - or 21,000km - long. 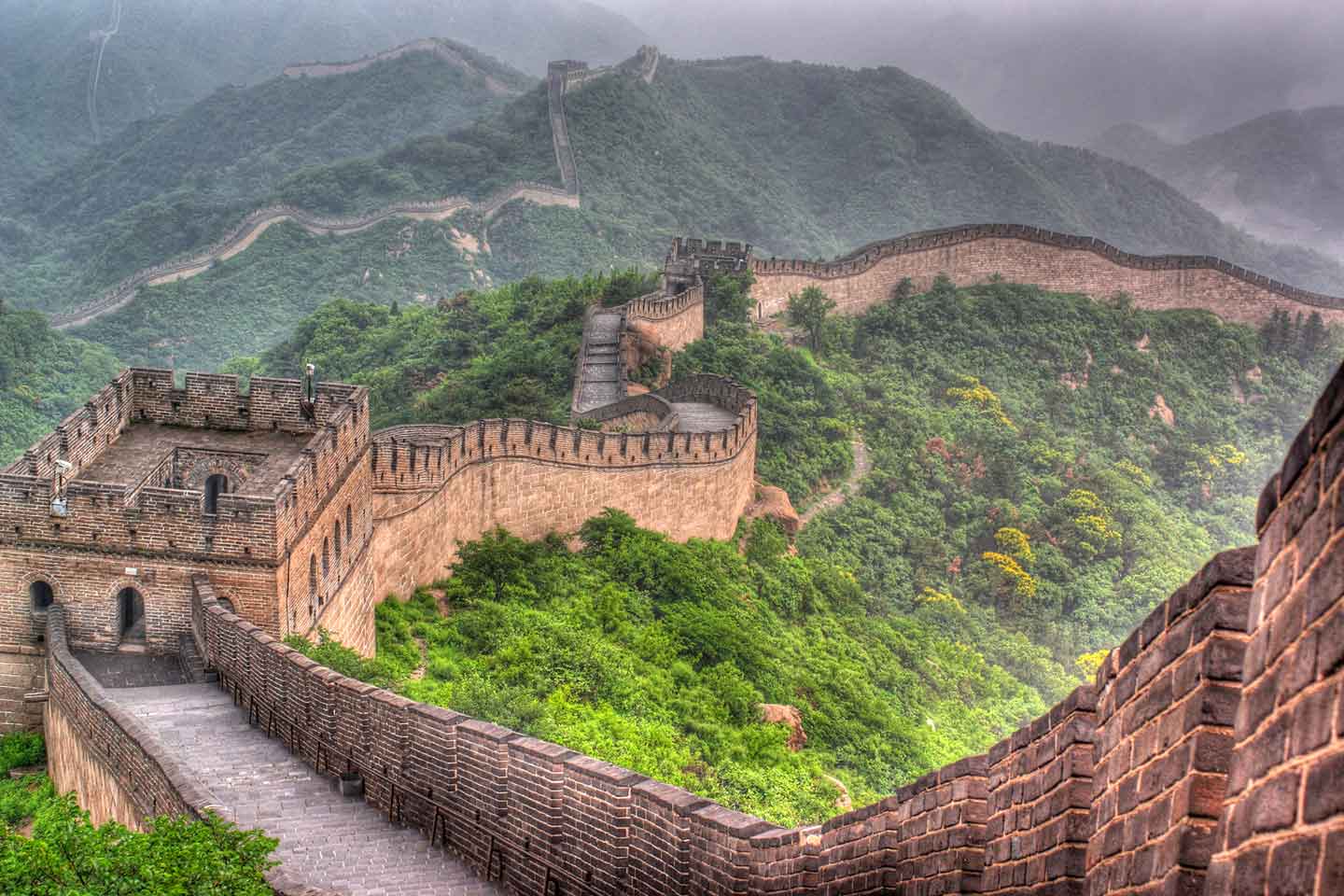 It cannot be seen from the Moon

It was Robert Ripley, the American illustrator who made a fortune with his cartoon feature Believe It Or Not!, who called the Great Wall "The mightiest work of man - the only one that would be visible to the human eye from the Moon":. This statement was, of course, founded on no evidence at all, since it was made 30 years before anyone had been in space. Yet it became sanctioned by use. Even the eminent Sinologist Joseph Needham, author of Science and Civilisation in China, stated that "the Wall has been considered the only work of man which could be picked out by Martian astronomers":. Though discredited by astronauts, the Moon version is still widely quoted as a "fact":. The truth was established once and for all during the first Chinese space flight in 2003, when astronaut Yang Liwei said he couldn't see anything of it from orbit.


The Chinese don't call the Wall 'the Great Wall'

The Chinese term for the Wall emerges from a distant past - long before "the Great Wall".. was used - when every city had its own wall. So fundamental was the connection between walls and cities that the Chinese used one word to cover them both, and they still do. There it is, in the Oxford Union Press's standard concise dictionary.. Cheng.. "1. city; 2. city wall":. The Wall, of course, is rather more than a city wall, so Chinese adds an adjective, not "great".. but "long":. So the Chinese for "the Great Wall":, cheng cheng, means Long City. And Long Wall. And Long Cities, or Long Walls, plural. There is a way to resolve the contradiction.. peel back a city wall in your mind, stretch it out, put farms and garrisons along it, and there you have it - Great Wall(s) equals Long City/ies.

The Wall is widely thought to date back 2,000 years to just after 221 BC, when China was first unified. In fact, almost everything which is that old is no more than a mound of earth. The popular idea of the Wall derives from the stone, battlemented structure built by the Ming (1358-1644). Its maximum age is about 500 years.


It was not built to repel Mongols

The Wall was commissioned by the First Emperor who died in 210 BC, long before the emergence of the Mongols around AD 800. The threat then was from the Xiongnu, who possibly became the ancestors of the Huns. The classic confrontation with the Mongols occurred only from the late 14th century, when the Mongols were chased out of China by the Ming. 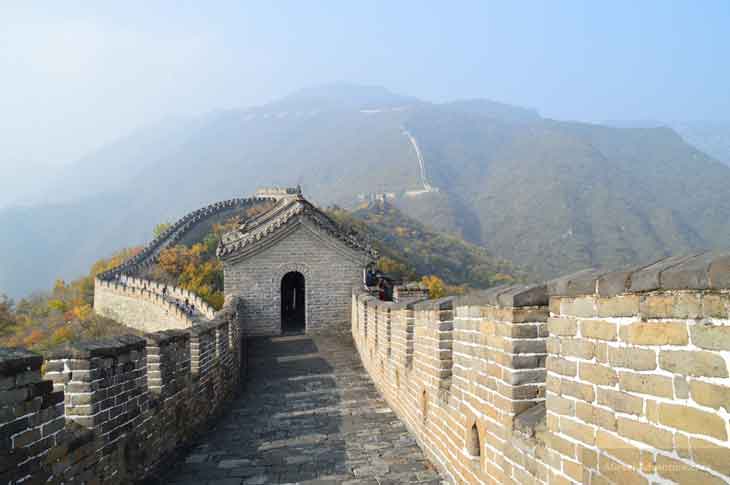 The Wall does not contain corpses

Ancient rumours speak of labourers being buried in the Wall. These probably emanated from a chief historian of the Han dynasty, Sima Qian, who criticised his own emperor by slighting his Qin predecessor. However, no bones have ever been found in the Wall and there is no evidence, written or archaeological, for the slander.


There's more than one Wall

The Wall is not an "it":. It's a "them":, in the plural. They are in bits, and very few of them look like the glorious creation to which tourists go. Tame sections give way to wild ones - crumbling, overgrown, barred to walkers - and wild ones vanish into gaps made by roads and reservoirs. In many places, the Wall doubles, triples even quadruples itself. And all of these bits overlap each other in time. The sections you see around Beijing have ancient precedents, some of which run directly beneath the Wall. And these divided sections are as nothing compared to other walls of earth, which run westward in parallel lines and scattered segments.


It is not a wall

Well, the Ming bits around Beijing are, but out west, brick and stone give way to earth.. sometimes moulded by the elements into camel's humps; sometimes no more than a gentle bank; sometimes nothing at all. And there is much more to the Wall than walls or banks.. fortresses, barracks, guard-towers and beacon-towers stalk the main lines of the Wall in a sort of stretched-out halo.


It never stopped an invasion

The Wall was easily overrun or avoided by northern tribes. In 1449, the Mongols inflicted a defeat on the Ming south of the Wall, and it was only during a period of peace (1571-1644) that it was completed. However, it fell to the Manchus in 1644 when a local Ming general opened the far eastern gate, Shanhaiguan, to the invaders.


It is not wide enough for five horses abreast

Well it is, but only on some sections around Beijing which were built as both wall and road. Other parts of the Ming wall, notably the ridge that runs over the peaks of Simatai, are only wide enough for a single person. Westwards there is often no walkway. Horses and soldiers had to march along the Wall's base.


Marco Polo did in fact see it

True, Marco never mentioned it, which has been used as an argument that he never went to China. At the time (in the late 13th century) all China was ruled by the Mongols, so the wall had been redundant since the invaders devastated north China under Genghis Khan over 50 years earlier. The Mongols, who had ignored the Wall in war, had no need to mention it in peace. Marco must have crossed it several times on his journeys from Beijing to Kublai Khan's palace in Xanadu (Shangdu), but had no reason to take any notice of it. 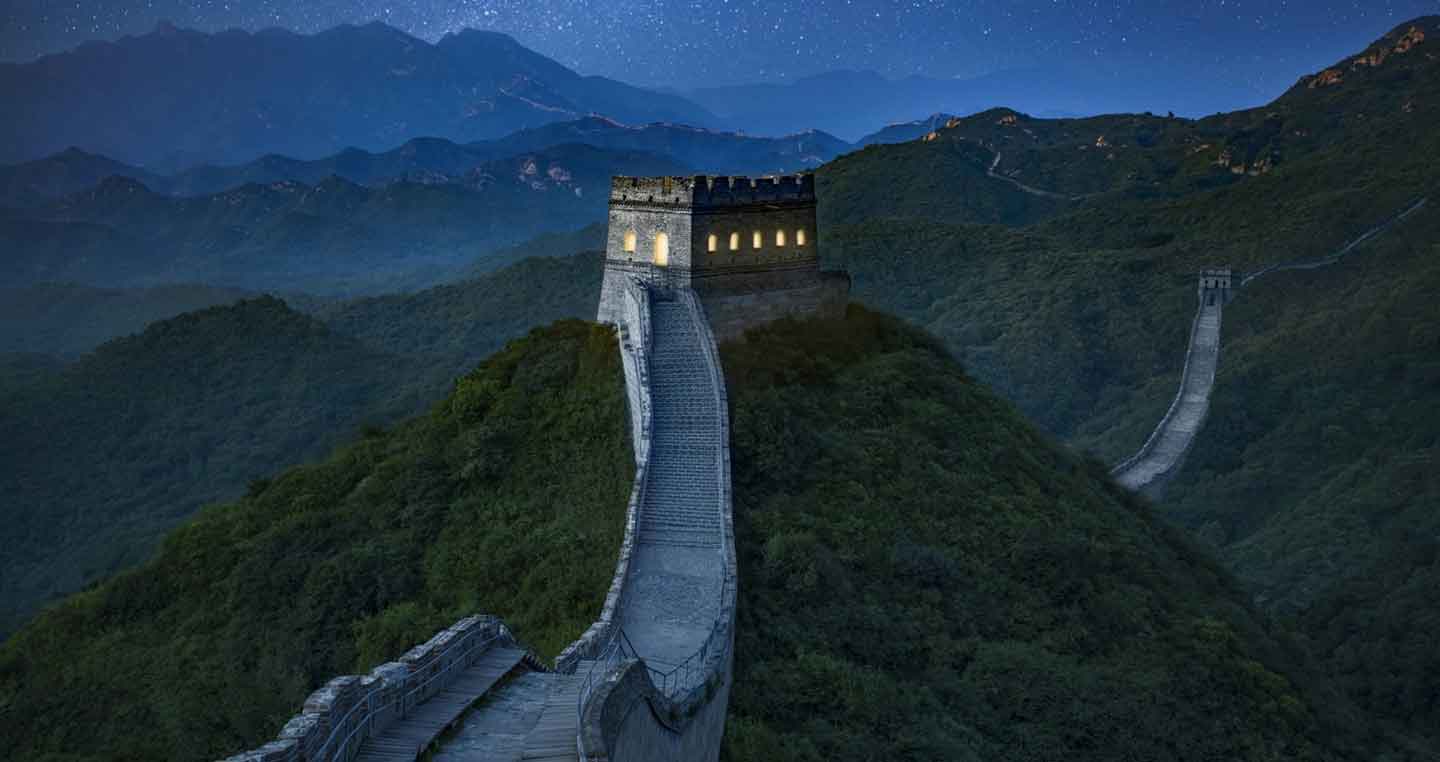