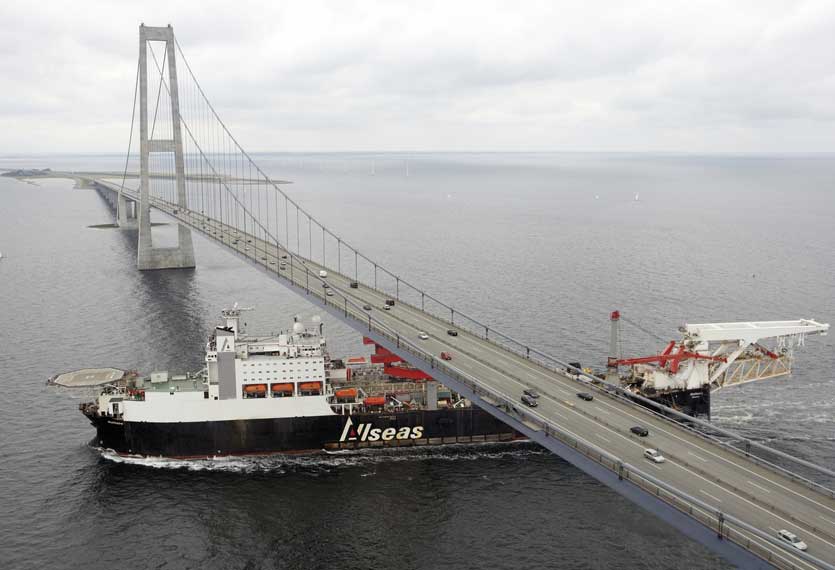 Solitaire passed under the world's third largest suspension bridge -the Great Belt Bridge- on August 24. The bridge is the gateway to the Baltic Sea. Denmark's Great Belt Bridge, or Storebelt Bridge, is almost 7 kilometres long, and its longest span measures about 1.7 kilometres. With a vertical clearance of 65 metres, the bridge allows even the world's largest cruise ship to pass under it, however, the Solitaire had to remove its top mast in order to clear the bridge with just 3 metres of space to spare.

Source for the image and text, is owned by Nord Stream AG