Pipe laying of the 1,224 kilometre long Nord Stream Pipeline started in April 2010. Three pipe-laying barges were commissioned to work on the project.


Solitaire is the largest pipelaying vessel in the world and has set new standards in the pipelay industry. Operational since 1998 and optimised for laying medium and large diameter pipelines at high speed, she is highly competitive for pipelay projects anywhere in the world.

Precise manoeuvring on full dynamic positioning (DP) allows Solitaire to work safely in congested areas and lay pipes in very deep water. Pipeline start-ups and lay-downs are executed in very quick time ensuring that any disruption to other activities near platforms is minimised.

Due to her length and ship shape, she can accommodate multiple work stations and a greater pipe hold capacity, while her independence from anchor handlers and large buffer capacity ensure she is less reliant on offshore pipe supply.

Solitaire has achieved pipelay speeds in excess of 9 km/day, operating the latest version of Phoenix, the automatic welding system developed and manufactured in-house.

As a result of the large number of welding stations on board, Solitaire is capable of installing over 1,000 km of pipeline in a single year, while her average pipelaying speed on large projects is almost double that of the largest competing lay vessels.

Solitaire has laid numerous deepwater pipelines. In 2007 she set the world record for ultra-deepwater pipeline installation, laying pipe to a depth of 2,775 m (9,100 ft) in the Gulf of Mexico. Solitaire's high cruising speed, high laying speed and substantial carrying capacity make her highly competitive for pipelay projects anywhere in the world.

Source for the images and text, is owned by Nord Stream AG Allseas 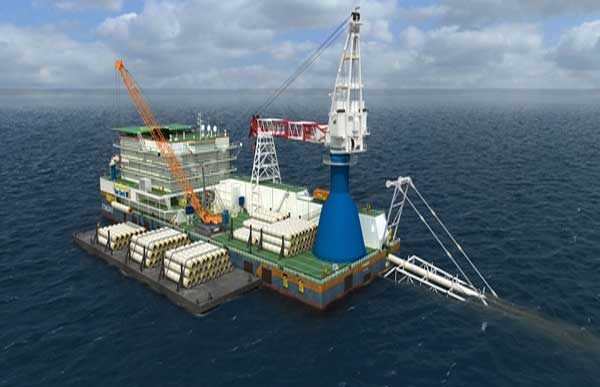 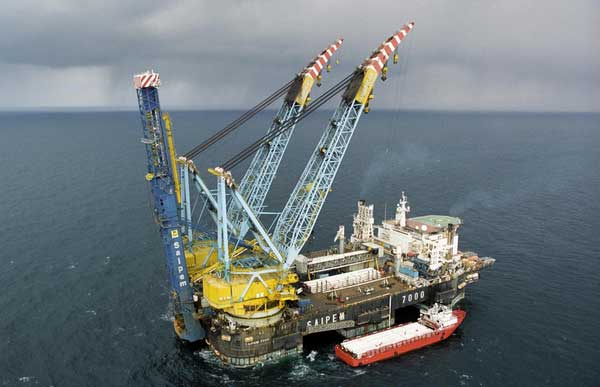 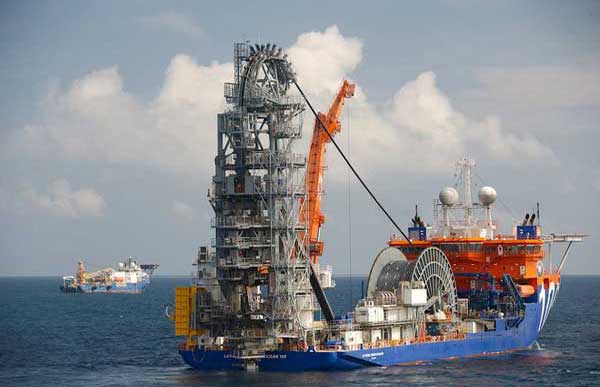