Each of the two Nord Stream Pipelines is constructed in three sections. Once completed, the sections has been welded together to form the 1,224 kilometre pipelines. This "tie-in" process has taken place on the seabed in an underwater welding habitat. Welding operations were remotely controlled from the Skandi Arctic dive support vesssel, and divers has assist and monitoring the subsea construction work.

The three sections of the Nord Stream Pipelines each have different wall thicknesses following the direction of the gas flow. Gas pressure reduces as it makes its way through the pipelines. Therefore, the walls are the thickest at de start of the pipelines at Portovaya Bay in Russia, and the thinnest at the landing point at Lumin in Germany.


Skandi Arctic Dive Support Vessel
All hyperbaric tie-in activities were handled from the Skandi Arctic dive support vessel. She carries all of the equipment necessary to perform the underwater welding. She also accommodates a crew of welding and diving specialists. All of the equipment, including pipeline handling frames, lift bags, cutting tools and the welding habitat, was deployed and operated by the vessel.

Once the three sections were laid, they are gauged and pressure tested. Then the Skandi Arctic dive support vesssel moves in to begin connecting the segments underwater. The first connection has taken pleace in Finnish waters at a depth of about 80 metres at kilometre point (KP)297. The second connection has taken place in Swedish waters at KP 675 at a depth of about 110 metres. At both sites, rock berms have been installed on the sea bed to provide stability during tie-in operations. The hyperbaric tie-ins of Line 1 and Line 2 were completed in summer of 2011, and summer of 2012, respectively. 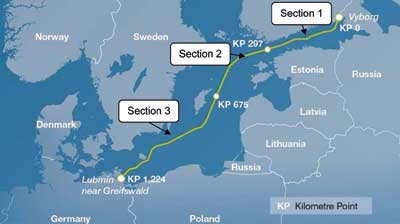 Tie-In Equipment
The Welding Habitat supplied by Statoil PRS is a dry zone where divers work without diving equipment to set up the automatic welding machine. The welding is completely controlled from the dive support vessel. 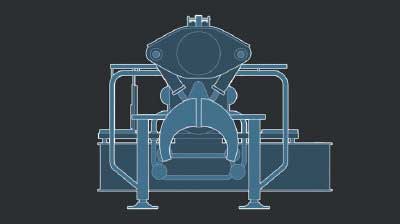 The PHF's move the pipeline ends into tie-in position. They can lift up to 150 tonnes. They not only lift the pipeline sections, they also shift them sideways to line them up for welding. 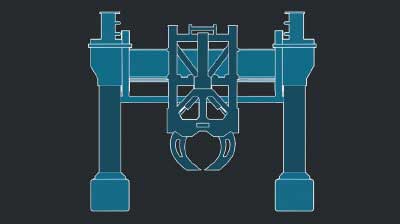 Lift Bags are installed on the segments and filled with air. Once filled, the bags can lift up to 20 tonnes, helping the PHFs to manipulate the extremely heavy pipeline segments. 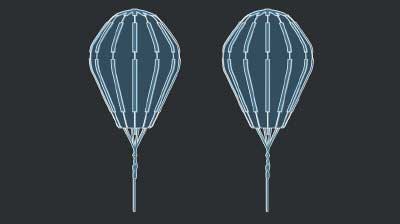 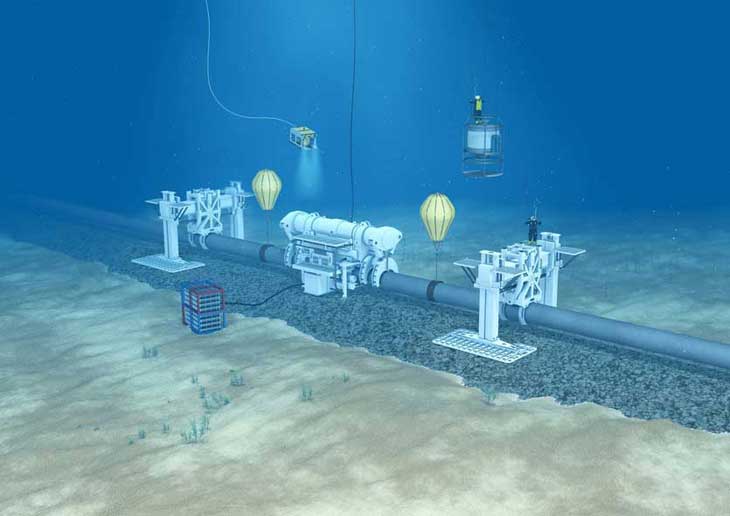 Once a section of the parallel pipelines was finished, a lay down head was welded to the end of the pipeline before the pipelay vessel laid it down. This head provides an air- and water-tight seal.

At tie-in locations, the ends of the two pipeline sections overlapped. For hyperbaric welding they were aligned using large H-frames and then cut back.

An underwater habitat or "hyperbaric chamber" was placed over the pipeline ends and the pipelines were welded together inside the habitat; the entire operation was remotely controlled from a vessel and assisted by divers.

Once the tie-ins were finished, the habitat was removed and a survey confirmed the correct position of the pipeline.

The Norwegian Offshore Contractor Technip Norge AS has been contracted to conduct the tie-ins. Norwegian Statoil supplied the welding habitat and the H-frames. Tie-in equipment used for Nord Stream has been specially adapted for the large diameter pipeline.

To ensure all equipment is correctly positioned during welding, four teams of three divers each rotated in shifts of up to eight hours under water. The divers lived in a high pressure environment for the duration of the tie-in operation.

The welds connecting the three sections of the pipeline are so called "golden welds". As they are not pressure tested, these welds are subject to inspection techniques in compliance with DNV codes.

The process involved the removal of the lay down heads that seal the pipeline ends, cutting and bevelling the pipeline ends, welding and non-destructive testing (NDT), such as automated ultrasonic testing (AUT). The welding itself inside the habitat takes up to 34 hours - compared to around 15 minutes for a typical weld on a pipelay vessel.

Source for the images and text, is owned by Nord Stream AG