As submarine gas pipelines get longer and more remote, the challenge of pre-commissioning becomes greater. No project demonstrates this better than the groundbreaking Nord Stream project comprising of 1,224 km x 48in twin gas transmission submarine pipelines running from Russia to Germany through the Baltic Sea - a delicate marine environment that needs to be protected and preserved.

This article presents the challenges experienced during the planning, engineering and preparation for the pre-commissioning and the relevant field experience collected during execution. It also gives a summary of the schedule and lessons learnt.

Nord Stream comprises two 48in subsea pipelines running from Russia to Germany through the Baltic Sea. The total length of each pipeline is 1,224 km. These are the world's longest single-section offshore pipelines.

The Nord Stream pipelines are defined as the offshore system which exports gas from Vyborg, Russia, crossing the Gulf of Finland and the Baltic Sea, to a receiving terminal in Lubmin (Greifswald), Germany. In addition to crossing Russia and Germany, the pipelines also cross the Exclusive Economic Zones (EEZ) of Finland, Sweden and Denmark. Each pipeline has a capacity of 84 million Sm3/day, with a total yearly capacity (for both pipelines) of 55 billion Sm3. 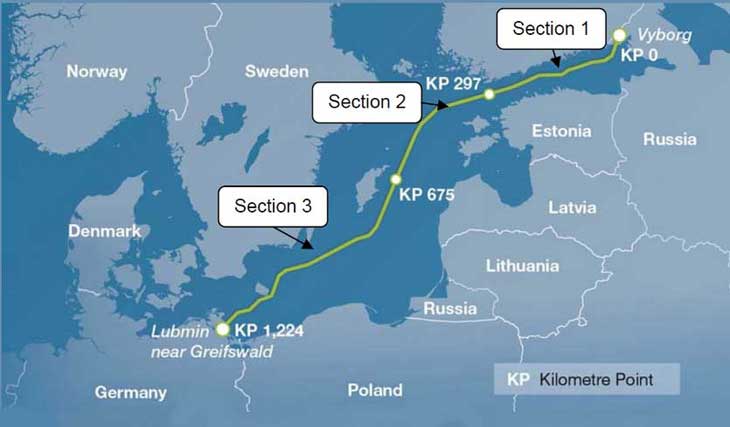 Each of the three sections was installed with offshore subsea terminations (laydown heads) designed for both the start-up/abandonment operations and subsequent pre-commissioning activities. This was required because each of the sections had to be pressure tested separately.

Subsequently, the sections were joined by hyperbaric tie-ins at KP 297 and KP 675 thus creating a single 1,224 km pipeline.


Please read the article, in the following PDF file.

At the Russian landfall facility, in Portovaya Bay near Vyborg, the powerful Portovaya Compressor Station builds the pressure needed to transport gas through Nord Stream. It is managed and operated by Gazprom. The station enables the secure transmission of gas via Nord Stream all the way to Germany without interim compression. 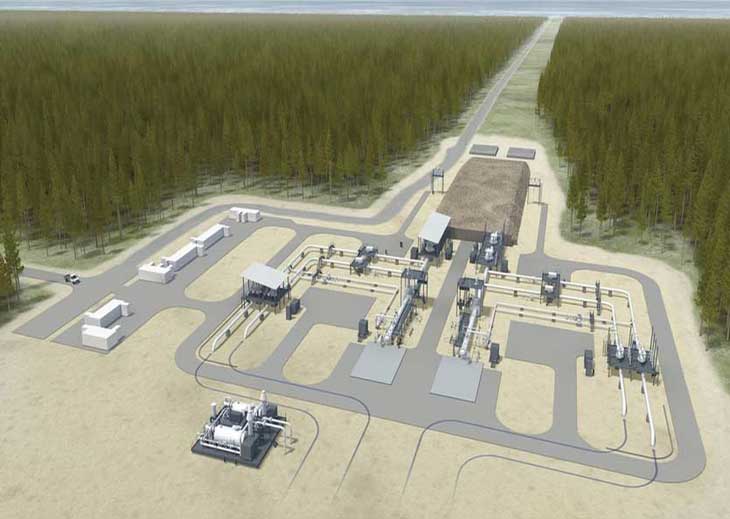 The Lubmin landfall facility is the logistical link between the Nord Stream Pipeline system and the European long-distance gas network. Arriving from offshore in the Bay of Greifswald, Nord Stream's twin pipelines reach land near Lubmin's harbour area. The natural gas that is transported through Nord Stream starts its journey in Portovaya Bay, near Vyborg, Russia - some 1,224-kilometres away. When the gas reaches the landfall facility in Germany, it is cleaned of potential impurities in special filters, and heated to prevent condensation. 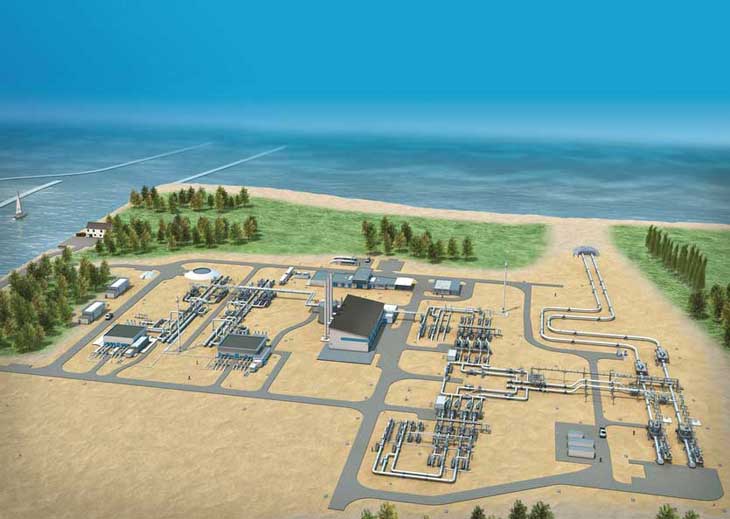 Source for the images and text, is owned by Nord Stream AG