Construction of the 1,224 kilometre long Nord Stream Pipeline started in April 2010. Three pipe-laying barges were commissioned to work on the project - Saipem's Castoro Sei - for the majority of the route in the Baltic Sea; Saipem's Castoro Dieci - for the shallow waters in Germany; and Allseas' Solitaire - for pipe laying in the Gulf of Finland.

The first of the the two parallel lines was completed in May 2011 and started operations in November 2011. The second line was completed well ahead of schedule in April 2012. It became operational in October 2012.

The two lines have the capacity to transport about 55 billion cubic metres (bcm) of natural gas per year, enough to supply more than 26 million European households.

Surveys - Prior to construction, the seabed was thoroughly surveyed to ensure safe pipe laying. Where necessary, touch down monitoring with an remotely operated vehicle (ROV) was used to confirm that the pipeline is laid in exactly the right position. As-laid and as-built surveys confirm the pipeline position.


Pipelay Vessels - The Castoro Sei carried out the majority of the offshore construction. The vessel started construction of Line 1 in April 2010 and finished pipe laying for Line 2 in April 2012.

Allseas' Solitaire, a dynamically positioned vessel, was deployed for the construction of almost 350 kilometres of pipeline in the Gulf of Finland. The Solitare worked on the first line from September 2010 until February 2011. It laid a short section of Line 2 in January 2011 and finished works in August 2011.

Between July and October 2010, the Castoro Dieci constructed the shore approach of both pipelines in the shallow waters of Germany (nearly 3 percent of the pipeline).

The pipelay vessels were manned and equipped to lay pipe 24 hours a day, 7 days a week.


Pipe-Laying Sequence on the Castoro Sei - On the pipelay vessel, both ends of each pipe were beveled and cleaned in preparation for welding. Two 12-metre pipe joints were automatically welded together into a "double joint" after which ultrasonic testing ensured that the weld was flawless or would be repaired if necessary.

The double joint was transported to the "firing line" where it was welded to the end of the pipeline. Each weld area was again meticulously examined by automated ultrasonic testing (AUT) in order to detect and assess possible defects.

Once each weld was confirmed as acceptable, a corrosion-resistant heat shrink sleeve was applied around the entire circumference. To provide further protection, hardening polyurethane foam was filled into a mould surrounding the weld area.

While the pipelay vessel moved, the completed stretch of pipeline ran down the stinger into the suspended span and subsequently came to rest on the seabed.

Wherever necessary, the pipeline was placed into a pre-dredged trench to ensure stability and to protect it from environmental impacts such as ice and rough seas at the Russian landfall or against anchor impact in major shipping lanes. At the German and Russian landfall, the pipelay vessel was anchored about one kilometre offshore and the pipeline string produced on board was pulled ashore with a high-powered winch.

The separate stretches of pipeline laid by the three vessels were joined into three continuous sections through a process called Abandonment and Recovery (AandR). During AandR, a watertight sealed "head" of a previously laid stretch of the pipeline was pulled back up from the seabed onto the stinger of a pipelay vessel and new segments were welded to the recovered part. Nord Stream's construction plans proved to be resilient enough even to cope with periods of enforced downtime.


Safety and Environment - An exclusion zone of up to three kilometres was maintained around any pipelay vessel. Stakeholders such as fishermen received weekly notifications of all planned and ongoing works, maritime authorities are regularly updated and environmental monitoring reports are submitted to the relevant authorities in line with the legal and permit requirements.


Pipelaying Process 1
The pipes are unloaded from the pipe carrier vessels and stacked on the storage areas on each side of the laybarge. Pipes are delivered regularly to ensure that there are always enough supplies on board to maintain the 24-hour construction schedule. 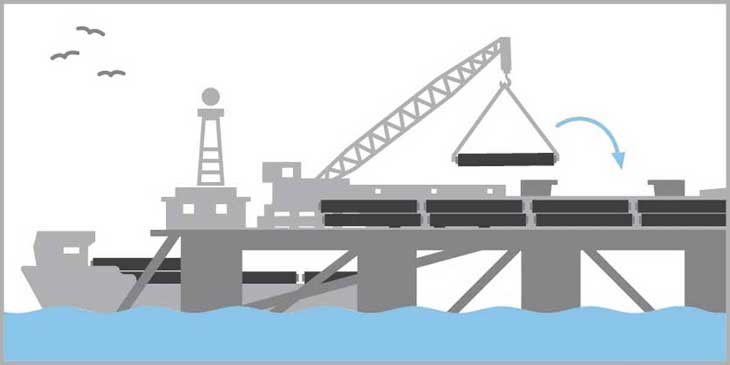 Pipelaying Process 2
To prepare the pipes for welding, the ends are bevelled to make them exactly the right shape to be fitted together. The inside of the pipe is then cleaned using compressed air before it is conveyed to the double-joint welding station. 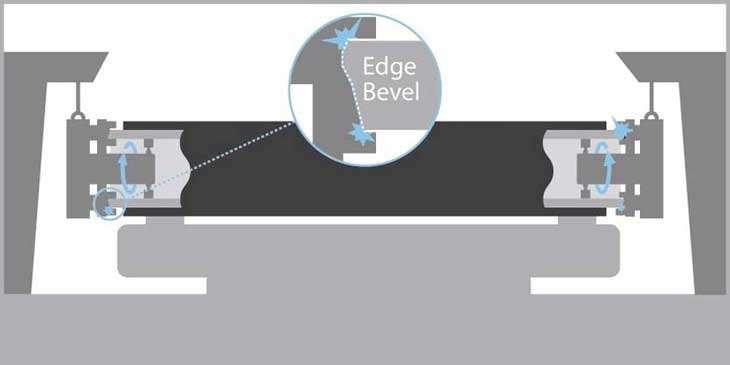 Pipelaying Process 3
At the double-joint welding station, two bevelled, 12-metre pipe joints are aligned and welded together to create a double-joint segment measuring 24 metres. These double-joint sections will later be connected to the main pipe string. 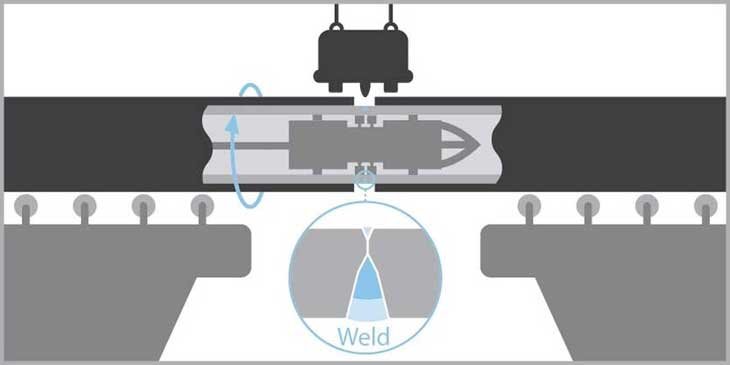 Pipelaying Process 4
The double-joint is moved to the non-destructive testing station where every millimetre of the weld undergoes ultrasonic testing to detect any unacceptable flaws. If required, the defect will be repaired and the weld rescanned to meet international quality standards. 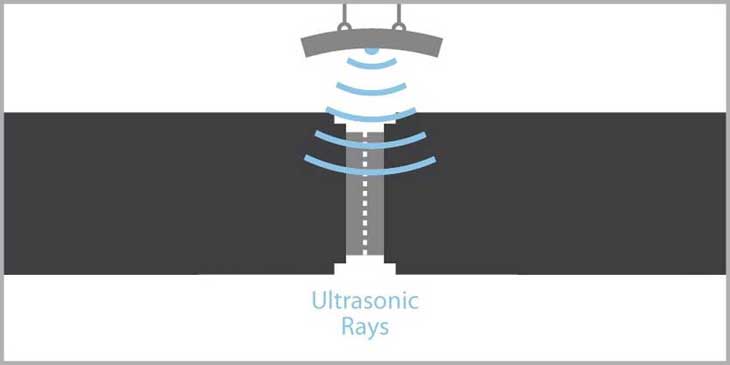 Pipelaying Process 5
Following non-destructive testing, the double-joint is moved in a pipe elevator to the central assembly line, or "firing line". There, the insides are checked for debris. The ends of the double-joint are then pre-heated in preparation for welding onto the main pipe string. 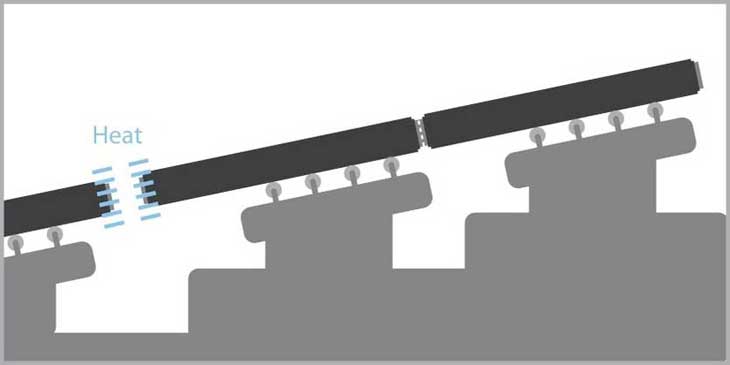 Pipelaying Process 6
The prepared double-joints are now joined to the end of the pipeline in a semi-automatic welding process. Qualified welders oversee each of the steps to ensure that welding procedures meet Nord Stream's and authority approved quality standards. 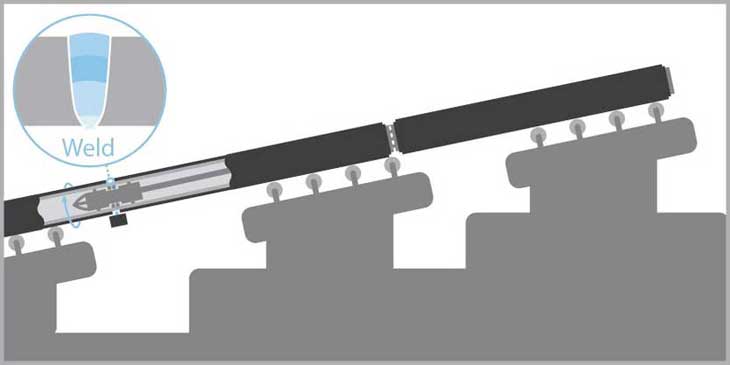 Pipelaying Process 7
The weld of the double-joint that has been welded onto the main pipeline also undergoes ultrasonic testing at another non-destructive testing station. Any unacceptable flaws will be repaired, and the weld rescanned so that it meets international quality standards. 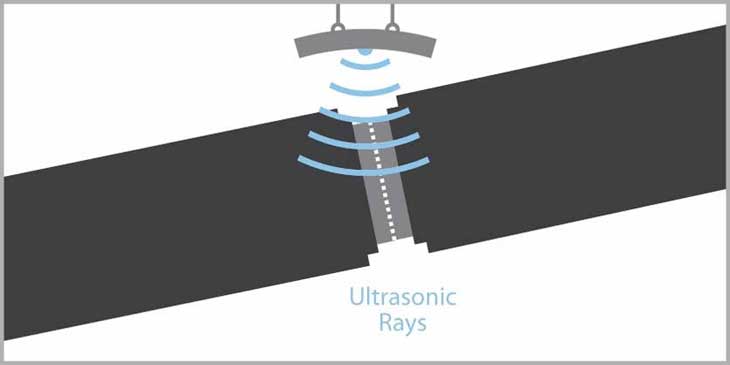 Pipelaying Process 8
Once the weld is confirmed acceptable, a corrosionresistant, heat-shrink sleeve is applied around its entire circumference. Then, polyurethane foam is poured into a mould surrounding the weld area. This foam hardens, providing further protection. 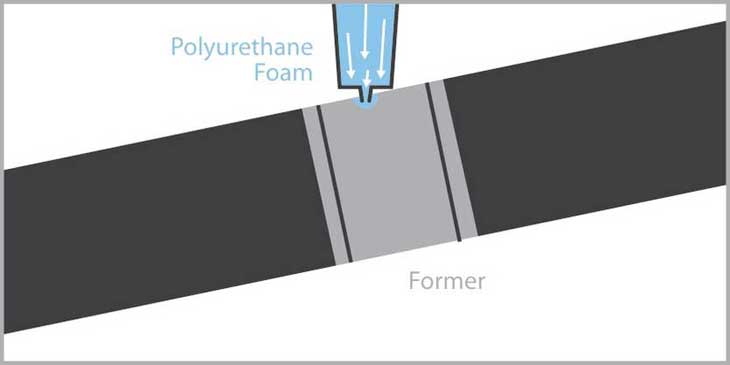 Anchor Pattern
During construction the Castoro Sei is positioned by means of a 12-point mooring system. This system enables it to maintain accurate positioning. Each of the 12 mooring lines, or anchor lines, are controlled by a tension winch weighing 124 tons. The vessel also features thrusters to further ensure precise positioning. 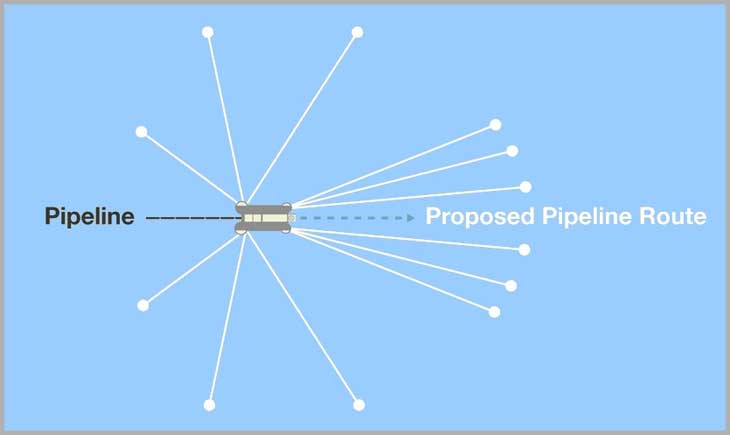 Exclusion Zone around pipelay vessel
To ensure minimum interference from other sea traffic during construction operations, an exclusion zone will be established around the pipelay vessel, typically extending 2.5 kilometres to 3 kilometres from the lay barge. This localised zone around the pipelay vessel is designed to profoundly reduce the risk of potential collisions with other vessels. Unauthorised ship traffic, including fishing vessels, will not be permitted to enter this zone. All of these activities are coordinated with maritime and coastguard authorities. Nord Stream will issue a "Notice to Mariners" so that routes for all shipping can be planned in advance around this. 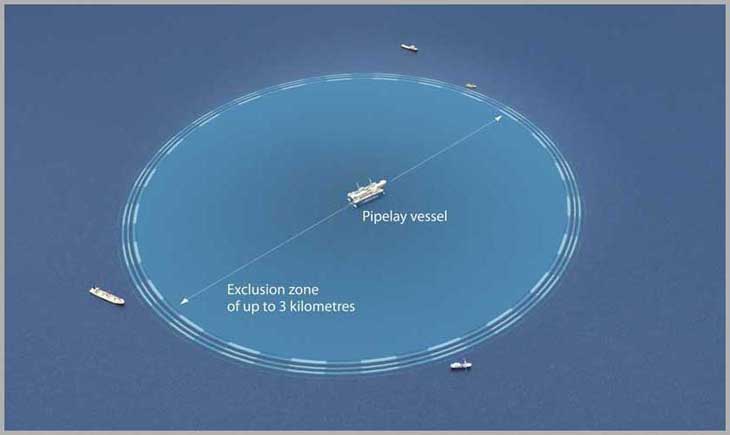 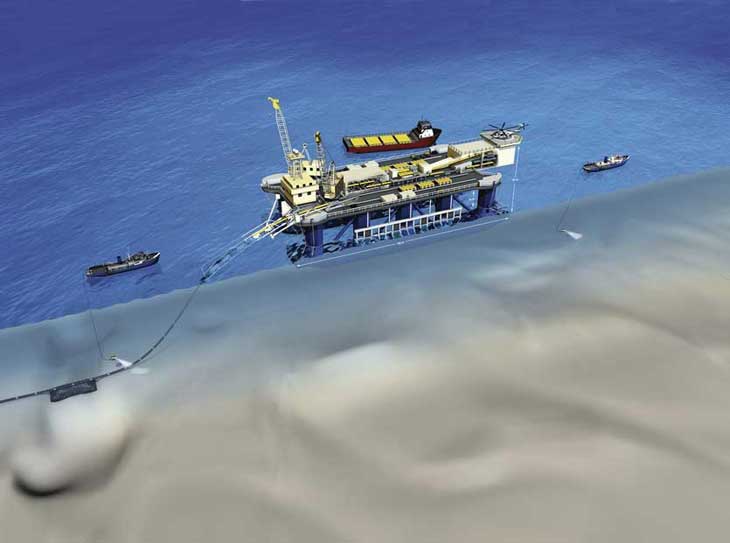 Saipem's semi-submersible Castoro Sei pipelay vessel has an extensive track record of installing complex pipeline systems in deep and shallow waters. It has laying 70 percent of each of the pipelines.