Shell and Eneco will build a 756MW Wind Farm


16 december 2022 – Ecowende, a joint venture of Shell and Eneco, will build a 756MW wind farm consisting of 54 wind turbines at Hollandse Kust West. This wind farm can meet about three percent of the Dutch electricity demand. The companies will receive no subsidy for the wind farm. 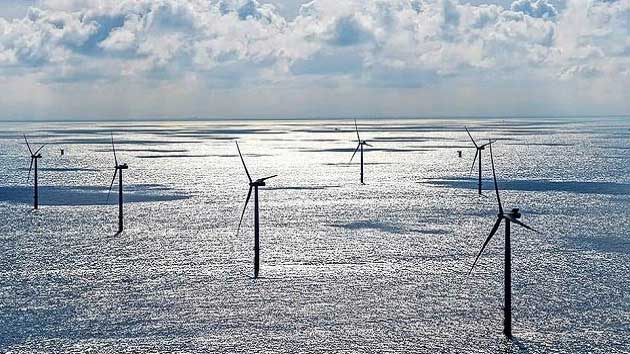 The 54 wind turbines are to be put into operation in 2026. The wind farm will be built in view of nature, by which the parties mean, among other things, the design of the farm.

For example, there must be a section where the wind turbines are 'far apart' so that birds can fly safely between them. Ecowende will also use 'various piling techniques' to measure and minimize the impact on the underwater world. The company will also place rib structures on the seabed to improve biodiversity.

The Hollandse Kust West wind farm consists of three lots. Ecowende will install wind turbines on the northernmost lot. A subsidiary of RWE will build a 700MW wind farm in the middle part. Hollandse Kust West is located about 50 kilometers off the Dutch coast, off IJmuiden. The wind turbines of the Ecowende lot can provide enough energy for the use of about one million households. 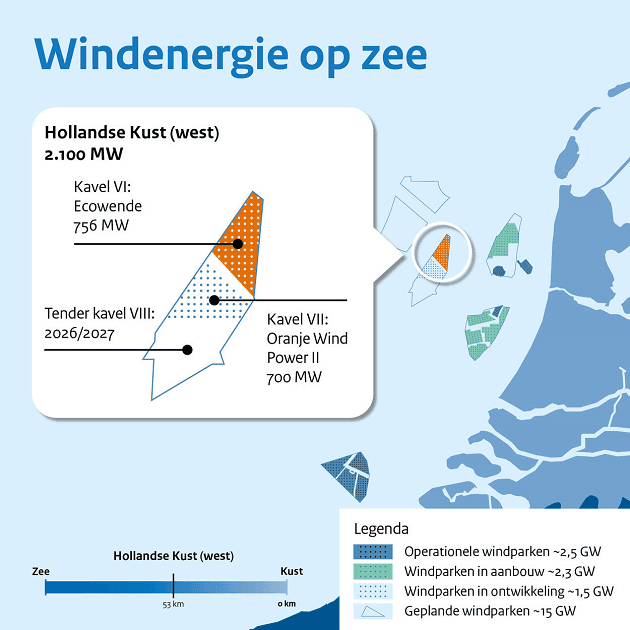 Ecowende is paying the government for the lot, and together with environmental impact assessments and site studies paid for by the company, this will bring the government 63.5 million euros. The government wants to use this money to make new wind farms fit well into the environment and go hand in hand with other activities in the North Sea.

All planned sea wind farms together should provide about 75 percent of the current electricity demand, or about 21GW, around 2030. Currently, offshore wind farms generate about 2.5GW.