Now that the steel cladding is in place, the HYBRIT storage facility for fossil-free hydrogen in a rock cave is halfway there. 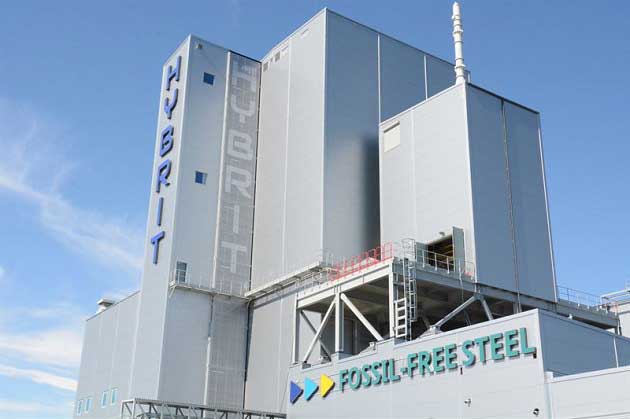 HYBRIT - the story so far

The HYBRIT initiative was launched in 2016 by the three owners; SSAB, LKAB and Vattenfall. The hydrogen storage facility will play a very important role in the overall value chain for fossil-free iron and steel production. Production can take place without a storage facility, but storage provides the ability to vary electricity demand and ensure stable production. Producing hydrogen gas when electricity is plentiful, such as when there is high wind, and using stored hydrogen gas when the electricity system is under pressure, ensures production.

The hydrogen storage facility has a stabilizing effect on the electrical system. It reduces the risk of overloading the system. We want to develop the HYBRIT technology to be in line with the future electricity system with more weather-dependent electricity generation, says Mikael Nordlander, development manager for Vattenfall's industrial partnerships. 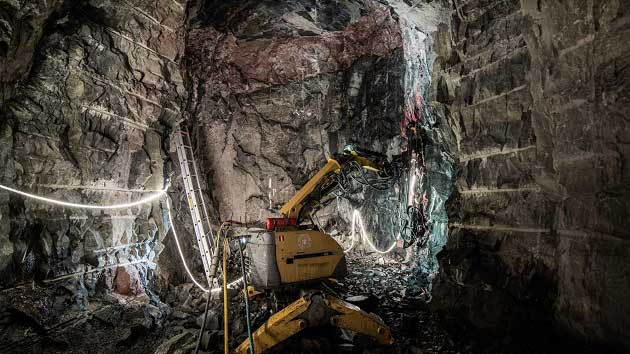 
The storage facility is unique and once again the HYBRIT initiative is taking the lead in the fossil-free transition. The technology for storing gas in a lined rock cavern (LRC) is well proven and has been used in southern Sweden for about 20 years for storing natural gas. However, the technology is now taking another step forward as it's being developed for the first time with hydrogen gas on a large pilot scale.

What’s so fantastic about HYBRIT is just how many different innovative parts the initiative consists of. The hydrogen storage facility is a good example of how we're testing and using innovations to achieve the goal of a completely fossil-free value chain, the first in the world, says Martin Pei, Technical Director at SSAB.

The hydrogen atom and the hydrogen gas molecule are the smallest that exist, which brings special challenges. We want to see that the storage facility can cope with variations in pressure and can keep up when electricity generation varies, says Susanne Rostmark, research leader at LKAB.

The various parts of the plant are now mostly in place. Rock caverns and connecting tunnels have been constructed in the rock and a ventilation shaft has been drilled from the top of the rock down to the upper part of the rock cavern. At the end of 2021, the compressor that will be used to pressurise the hydrogen gas for storage was lifted into place.

Since the start of construction, the pipelines needed to transport hydrogen gas to the storage facility have also been put in place. The hydrogen gas that will be stored is being produced in connection with the pilot plant for fossil free steel production by means of direct reduction that is already in operation in Luleå. The hydrogen can be used both in the direct reduction trials and in the storage tests.

Intensive work is under way at the moment to complete and inspect all installations, while the facility's steel lining is being welded together in the cavern, says Mikael Nordlander.

Using HYBRIT technology, SSAB, LKAB and Vattenfall can help reduce Sweden’s carbon dioxide emissions by 10 per cent and Finland’s by 7 per cent. Fossil-free hydrogen gas instead of coal and coke is crucial to the HYBRIT technology.

The owners SSAB, LKAB and Vattenfall are investing a total of around SEK 200 million in three equal parts, and the Swedish Energy Agency is contributing just over SEK 52 million to the construction of a fossil-free hydrogen storage facility.

Facts about: the HYBRIT project