April 18, 2022 – The Kingdom of Alawi is launching the first phase of this major energy project, which is spread across several Moroccan cities and could generate a total of 333 MW. 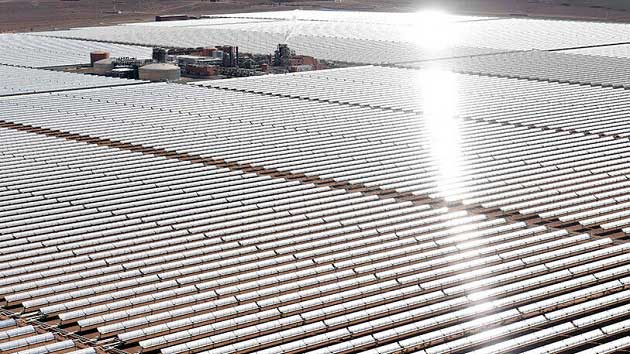 Morocco continues to make progress in its transition to green energy with leading projects in the region showing signs of reducing reliance on fossil fuels. The Kingdom has just begun operating the first phase of Noor II, a mega solar energy project to be launched in the country. This was announced by the Moroccan Solar Energy Agency (Masen) and the Ministry of Energy Transition and Sustainable Development in a joint statement.

It consists of several solar power plants in different parts of the country. It is a project that can generate a capacity of 333 megawatts, although as a whole it can produce 400 MW. These small power centers are scattered in different parts of the country. Among them stands out Ain Bni Mathar, the power plant that generates most of the energy for the mega-project at 184 MW.

It is followed as the second largest power producers by the Sidi Bennour, El Kelaa de Sraghna and Bejaad plants, which generate 48 MW respectively. In last place are the Tarudant and El Hajeb plants, which produce around 36 MW of clean energy.

The Noor II megaproject power plants are part of Morocco's Noor solar program. This is a strategy established in 2009 that aims to gradually incorporate renewable energy sources into the national electricity mix. By 2030, the country should reach 52% clean energy.

This energy plan includes Noor Ourzazate, the largest solar power plant in the world. It is located in the city from which it takes its name and was inaugurated in 2016 by King Mohammed VI. It is a vast 3,000-hectare field that uses parabolic troughs, a solar plant with central tower and a photovoltaic plant. They generate about 580 MW per day.