The most common cause of vacuum in tanks is caused by steam (water vapor). When you fill a tank with water vapor, most of the air is pushed out of the tank. As the water vapor cools, it condenses into liquid water. Now you have a little bit of liquid in the tank instead of a large amount of water vapor. This lowers the internal pressure enough to cause a catastrophic collapse.

Imagine that you have cleaned a tank internally with steam, and then you have closed all openings.

The vapor will condense and 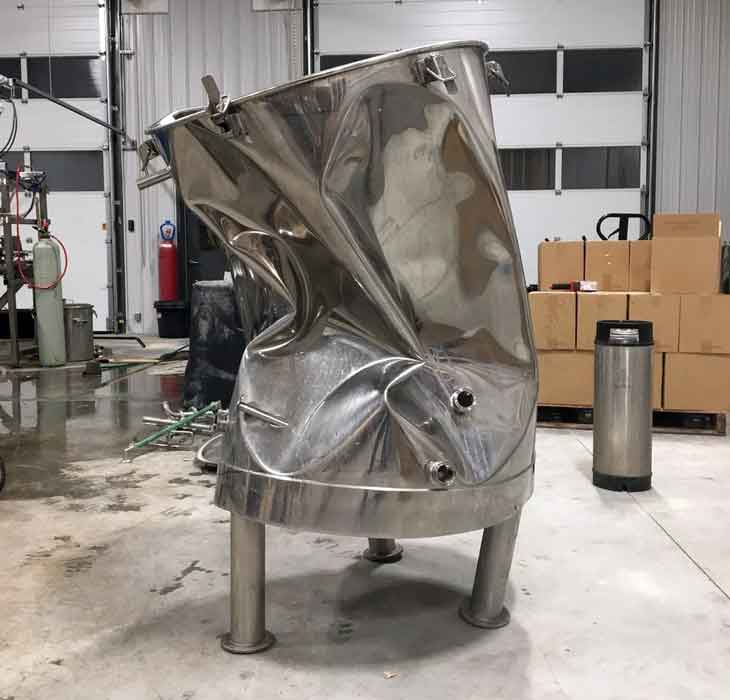 A storage tank was going to be painted and therefore painting preparation included a scaffolding elevation as well as a protection with plastic covers of some parts of the tank, including the vent valve. The painters forgot to remove the plastic bag on the vent valve after painting. When liquid was withdrawn from the tank, the plastic cover was sucked into the vent pipe blocking the air flow and causing a vacuum in the tank. The tank then collapsed as can be seen on the picture below. 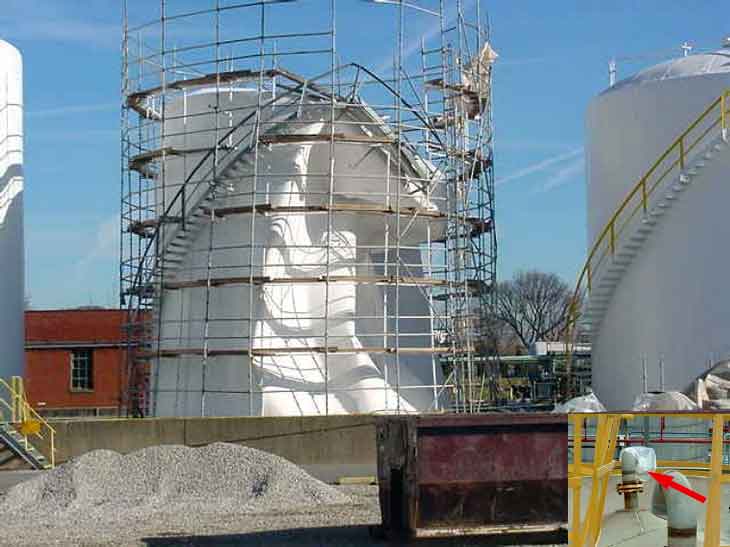 For some, it is hard to believe that the plastic over the vent pipe is stronger than the steel tank under the vacuum conditions that are created when withdrawing product out of the tank. Seeing is believing!

Also read the article from The Process Safety Beacon