This incident occurred 4 May 2011 on a pipeline project during a hydro-test of new piping.

The fabrication, consisting of 24in schedule 30 pipe and fittings, was in the process of being hydro-tested when the failure occurred. There was approximately 80 linear feet of piping included in the test. The piping was to be pressurized to 149 bar. When the test pressure reached 120 bar, there was a loud noise, similar to a gunshot. 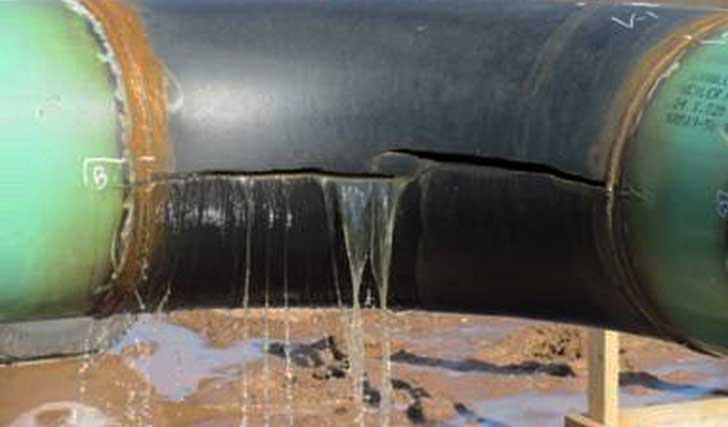 4 of workers were impacted by the water pressure release. Two were thrown under a truck - One received a bad contusion on his head when he hit the under-carriage of the truck, and the other worker received a severe laceration to his cheek. A third worker lost several teeth when he was hit in the mouth by test equipment which was propelled by the rush of water. Luckily, the fourth worker was not injured.

This is a very sobering situation considering the number of hydro tests administered during Construction. It is very easy to get lulled into a false sense of security after looking at hundreds of hydro and pneumatic tests. It is easy to begin thinking, "I've looked at a thousand tests - nothing's going to happen" It is easy to become complacent with hazards you have in your job every day.