Alyeska Pipeline Service Company completed the pipeline in 1977 at a cost of $8 billion for the two-year project, the largest privately funded construction effort at that time. The Trans Alaska Pipeline System (TAPS) was built as a means of transporting crude oil from the oilfields at Prudhoe Bay on Alaska's North Slope to the marine and northern most ice-free port in Valdez, where it is loaded aboard tankers for the journey to U.S. refineries. During the peak of construction, over 28,000 people were employed by Alyeska and its contractors. TAPS carries approximately 15 percent of the nation's domestic oil production. 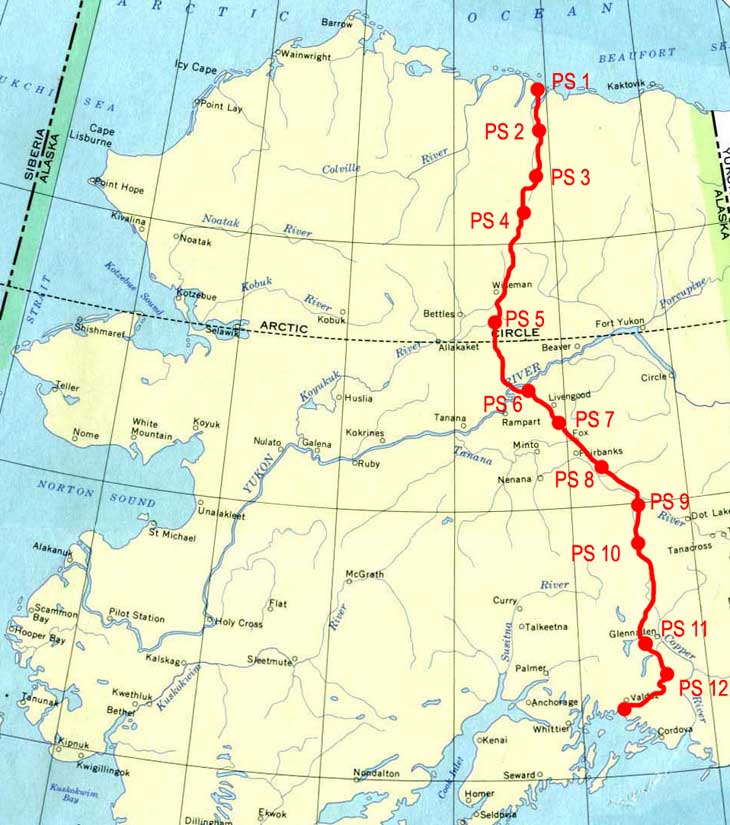 In the case of this pipeline, much of the ground is underlain by permanently frozen ground or permafrost. Heat from the oil which comes out of the ground at 65-85 degrees C would thaw the frozen soil if the pipeline was buried, causing the pipe to buckle and break. For this reason, more than half of the pipeline is built above ground. Where it is buried, the pipe is embedded in a deep ditch, insulated with gravel padding and covered with dirt and in cases of road crossings, the buried line is also refrigerated to prevent thawing.

The pipeline has become an attraction for visitors from around the world. Many independent travelers as well as tour groups visit the Alyeska Visitor Center, 10 miles north of Fairbanks in Fox at MP 8 on the Steese Highway, open Memorial through Labor Day. The pipeline is also visible along the Dalton Highway to the north (formerly known as the Haul Road) and the Richardson Highway to the south.

A section of the pipeline and a multi-media presentation about TAPS can be seen at the Morris Thompson Cultural and Visitors Center in Fairbanks.

While private vehicles are not allowed to drive past Deadhorse to the Prudhoe Bay oil fields or the Arctic Ocean, access can be gained through a tour company.

Even for Bechtel Corporation, the Trans-Alaska Oil Pipeline was a major challenge.

The goal was to carry crude oil from the Prudhoe Bay oil field off the North Slope of Alaska to the port of Valdez, 1,200 kilometers to the south. That meant building a pipeline over three mountain ranges and across 13 rivers-and doing it in one of harshest climates on Earth, with winter temperatures dropping to minus 60 degrees Celsius. 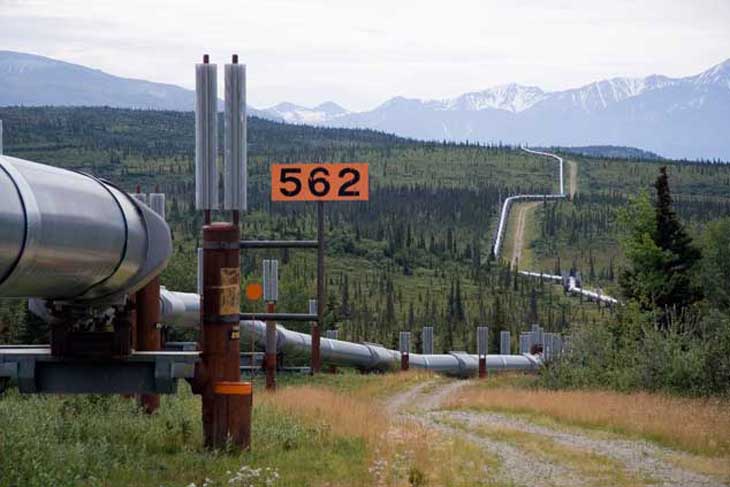 The Photo was taken by.. Luca Galuzzi

Oil was discovered at Prudhoe Bay in 1968. Late in 1973, Alyeska Pipeline Service Co. embarked on the pipeline project and asked Bechtel to manage its construction. The company was responsible for construction and logistical planning, and project mobilization. The undertaking also involved building an all-weather highway from the Yukon River to Prudhoe Bay, designing and constructing 21 work camps, procuring most of the construction equipment, and selecting and managing five major pipeline contractors. The size of the job was enormous; it required more than 10,000 pieces of equipment and a workforce that peaked at more than 21,500.

Bechtel subsequently became construction technical services contractor, a role in which it made sure that the pipeline was built to specification, and that the project had the right equipment at the right place at the right time.

It also was necessary to incorporate some 600 crossings so that the pipeline-measuring 1.2 meters in diameter--would not block the migration of animals such as elk and caribou.

Despite the myriad challenges, the pipeline was completed on schedule in July 1977.