Safe use of Nitrogen (N)

The atmosphere we live in, the air we breathe every day consists of 78% Nitrogen, 21% Oxygen and 1% traces of other gases. But only oxygen is vital and essential to human beings for respiration/survival. Without sufficient oxygen, i.e. if oxygen level falls below 16%, we will die of asphyxiation.

Nitrogen gas behaves somewhat like a diluent or buffer gas in the atmosphere. Nitrogen in itself is inert, stable, non-reactive and non-toxic, but too much Nitrogen reduces the oxygen content in the atmosphere, creating an invisible condition that can kill.

If the earth was without Nitrogen but filled with just oxygen, then fires will burn out of control and steel structures will quickly rust away! Therefore, Nitrogen is an effective diluent or buffer gas that we can't live without, yet too much of it will deprive us from the vital oxygen, which can lead to asphyxiation, and even death within seconds.

Nitrogen is widely used for various purposes in refineries and petrochemical plants, for example, to provide an inert atmosphere, to purge a vessel of hydrocarbons, for blanketing and padding storage tanks in order to prevent explosions and fires.

Nitrogen is odorless and colourless. It can kill without giving any warning. Therefore, it is known as the invisible killer that has caused many fatalities in the refineries worldwide.

Nitrogen is not toxic since about 78% of the air we breathe contains this gas. The mechanism of Nitrogen gassing is different to that of hydrogen sulphide (H2S). Whilst H2S has a direct toxic effect which is well documented, Nitrogen rich atmospheres will asphyxiate due to a reduction in the oxygen content of the inhaled gases. The typical physiological effects of varying degrees of oxygen deficiency are also well documented..

When a person enters an oxygen-deprived atmosphere, the oxygen level in the arterial blood drops to a low level within 5 to 7 seconds. Loss of consciousness follows in 10-12 seconds and if the person does not receive any oxygen within 2-4 minutes, heart failure and death ensue.


Moving affected and unconscious persons from a N2 atmosphere into fresh air is not enough to promote recovery, the patient has to be physically resuscitated in order to restore the oxygen supply to the brain.

NOTE.. There is also a risk of suffocation with all compressed gases (for example - argon, CO2, helium, etc.), which either replaces the oxygen or consumes it. This risk also exists in situations where there is a large consumption of oxygen (fires, and rusting in ballast tanks of a ship or water tanks, etc.)


Nitrogen (N2) is a very common and extremely dangerous gas that you may be exposed to at a refinery or chemical plant. You must always be on your guard.


Uses and Hazards of Nitrogen

Most Useful or Most Dangerous Gas???

Nitrogen has numerous safety applications in our plants..

• for preparing equipment for maintenance by purging out hydrocarbons

• for removal of air / oxygen in equipment before start up

• for blanketing tanks to prevent the ingress of air

• for "mothballing" equipment to avoid the rusting process

• for use as fire-fighting agent as it removes air

• for cooling purposes in the laboratory, freezing a pipeline, etc

• for storage and transportation of Nitrogen in large quantities

What are the Hazards of Nitrogen..

Nitrogen is not toxic since about 78% of the air we breathe contains this gas. However, it is not harmless and it has NO SMELL.

• And, like other compressed gases, there are the risks related to its pressurised containment when it is stored in high pressure cylinders

• The same as the gas, when it evaporates

• By creating an intense coldness (-196oC) that can cause frostbite, crack steel equipment and explode tyres

A chemical (gas or vapour) that can cause death or unconsciousness by suffocation.
Simple aphyxiants such as Nitrogen, displace oxygen in air.
They become especially dangerous in confined or enclosed spaces.
Chemical asphyxiants, such as carbon monoxide and hydrogen sulfide,
interfere with the body's ability to absorb or transport oxygen to the tissues. 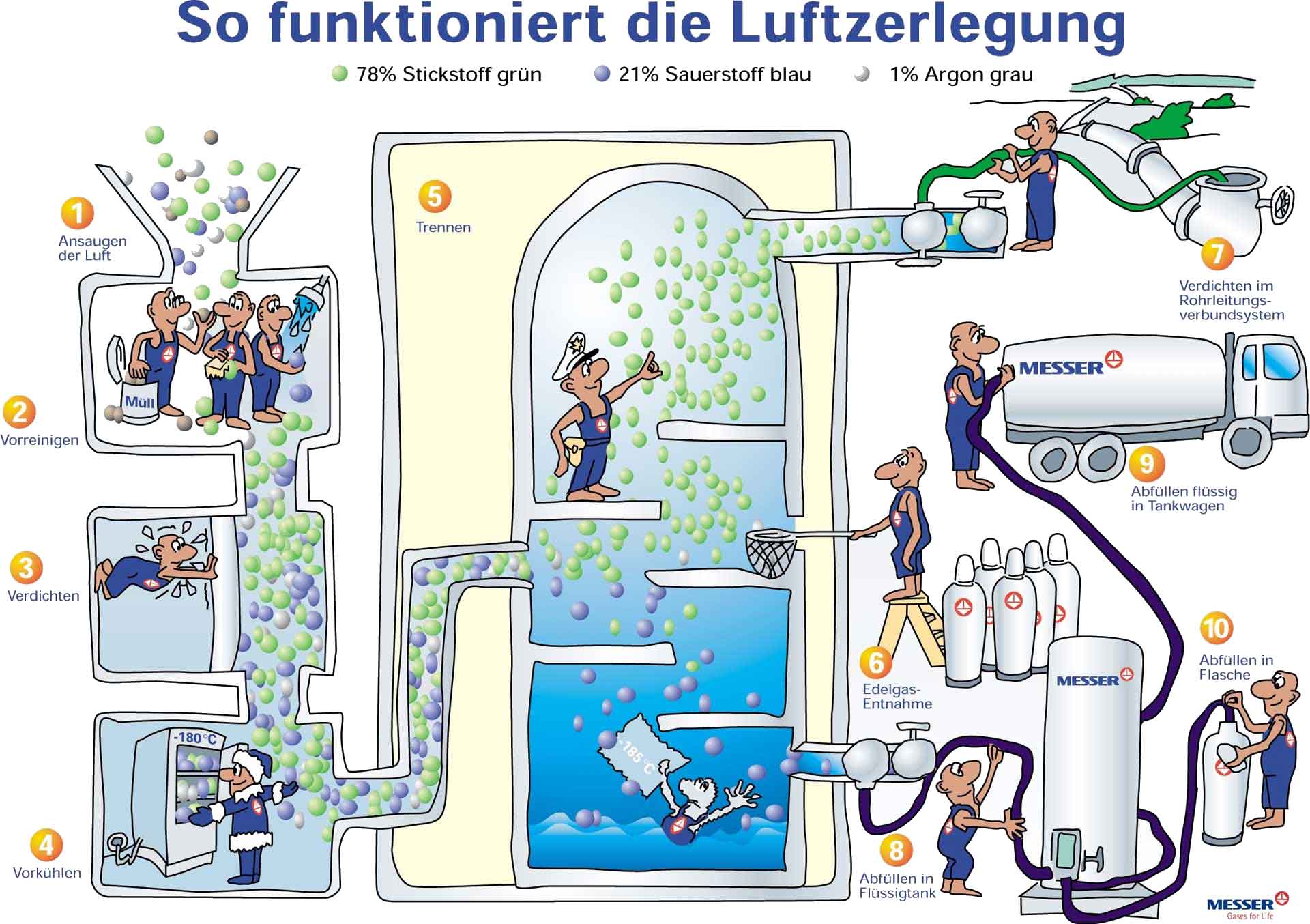