A wellhead is the component on the surface of an oil or gas well that provides the structural and pressure-containing interface for the drilling and production equipment.

The main purpose of a wellhead is to provide the suspension point and pressure seals for the casing strings running from the bottom of the wellbore to the surface pressure control equipment.

When the well is drilled, it is completed to establish an interface with the reservoir rock and a tubular channel for the well fluids. Surface pressure control is provided by a christmas tree installed on top of the wellhead, with isolation valves and choke devices to control the flow of well fluids during production.

Wellheads are typically welded to the first string of casing, cemented in place during drilling, to form an integral structure of the well. For exploration wells that are later abandoned, the wellhead can be reclaimed for refurbishment and reuse.

Offshore, a wellhead located on the production platform is called a surface well, and if it is underwater a subsea well or mudline well. 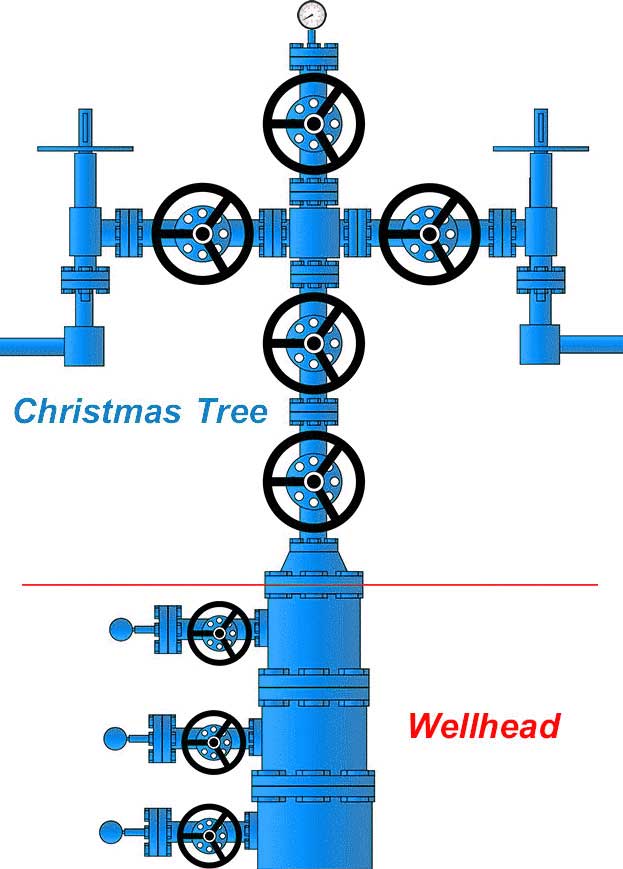 What are Christmas tree valves?

These valves also serve many other purposes, such as pressure relief, chemical injection, safety equipment monitoring, electrical interfaces for control systems and more. They are typically used on offshore oil platforms as subsea wells, as well as surface trees. This range of components is required for the safe extraction of oil, gas and other fuel resources deep in the earth, providing a central connection point for all aspects of the well. 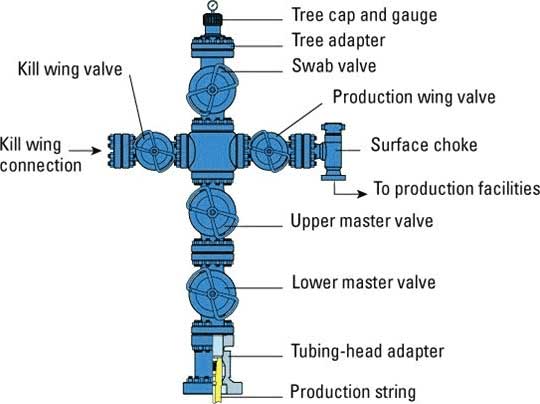 The lower master valve is a valve used to limit the amount of flow into the Christmas tree from the wellhead. It is manually operated in most cases and is held in a restricted, partially open position during production.

The kill wing valve is another hand-operated valve that is the connection point for injection. Fluids such as corrosion inhibitors, methanol, dewatering formulations, etc. can be injected through this valve. They are also known as side arm valves or secondary wing valves.

The production wing valve, often located 180 degrees from the kill wing valve, is an automatically operated component that requires positive hydraulic pressure to remain open. It prevents injection/flow to the well during emergencies or maintenance and is often combined with a choke to control flow and pressure from the well. This choke is considered the 'tap' from which the fuel flows, so controlling the flow rate is very important for this component.

The swab valve is another manually operated valve that provides direct vertical access to the wellbore for well intervention. The T-cap and gauge are visual indicators of which valve is open; for example, if the kill wing valve is open and the swab valve is closed, the gauge should indicate 0 psig (no pressure), and if the production wing valve is open and the swab is open, the pressure should indicate the value specified by the well manufacturer. They can also include digital temperature valves and other monitoring systems to keep the well safe, since too many manual valves leave room for operator error.

Specifying a Christmas tree valve involves much more than just buying the right brand or size. Christmas tree valves are specially designed projects that must match all the other systems of the drilling application, including pumps, control systems, safety and other branches of the well.