What is Plasma Cutting?

Plasma cutting was developed at the end of the 1950s for cutting high-alloy steels and aluminum. It was designed to be used on all metals that, due to their chemical composition, could not be subjected to oxy-fuel cutting. Owing to its extremely high cutting speeds (especially with thin materials) and narrow heat-affected zone, the technique is also used today for cutting non-alloy and low-alloy steels.


Plasma - more than just a state of matter?

Plasma is a high-temperature, electrically conductive gas, comprised of positively and negatively charged particles as well as excited and neutral atoms and molecules.

Plasma cutting, otherwise known as plasma arc cutting, is a type of melting process where a jet of 20,000°C+ ionized gas melts and expels the material that is cut away from the metal. The transferred arc, which occurs when electricity flows from the non-melting electrode (cathode) to the workpiece (anode), is used to cut electrically conductive materials. This is the most commonly used form of plasma cutting. In the non-transferred mode, the arc occurs between the electrode and the nozzle. Even when using a cutting gas that contains oxygen, the heat effect of the plasma arc prevails. Thus, this method is not considered an oxy-fuel process, but rather a melt cutting method. 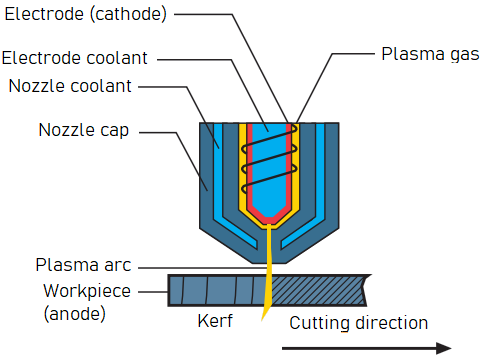 Plasma cutting techniques are constantly being improved. The main aim of these enhancements is to reduce environmental pollution, increase cutting capacity, and improve cut-edge quality. The ultimate goal is to produce two plane-parallel, even cut surfaces, which require little to no finishing before they are sent on for further processing.

As with all welding and cutting techniques, plasma cutting also requires compliance with the basic industrial safety rules (each country sets its own safety regulations).

Special consideration should be made for the following factors that can occur during manual and machine plasma cutting:

Simultaneous Use Depending on the series of the machine, they can often be operated simultaneously.

Versatility It can be used on any metal that conducts electricity. It can easily cut high-alloy steel, aluminum, and other materials of medium or high thickness. You can even it on high-strength structural steel.

Portable It can be done by handheld devices, lending it portability that doesn’t come with other methods, but it is only as precise as the hold holding it!

Cost It is less expensive than laser or water-jet cutting. 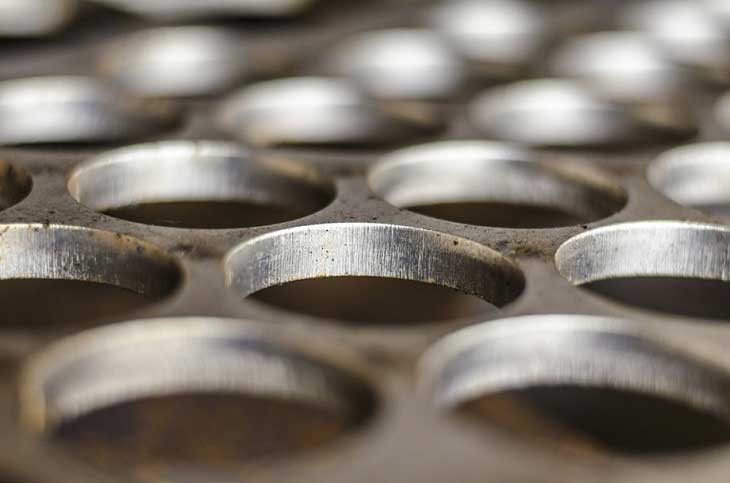