Victaulic was founded in 1925 in New York City. The company is currently headquartered in Easton, Pennsylvania, and employs more than 6,500 people worldwide. Victaulic main products are..

A development in which a groove is cut around each end of pipe instead of the usual threads; two ends of pipe are then lined up and a rubber ring is fitted around the joint; two semicircular bands, forming a sleeve, are placed around the ring and are drawn together with two bolts, which have a ridge on both edges to fit into the groove of the pipe; as the bolts are tightened, the rubber ring is compressed, making a watertight joint, while the ridges fitting in the grooves make it strong mechanically. 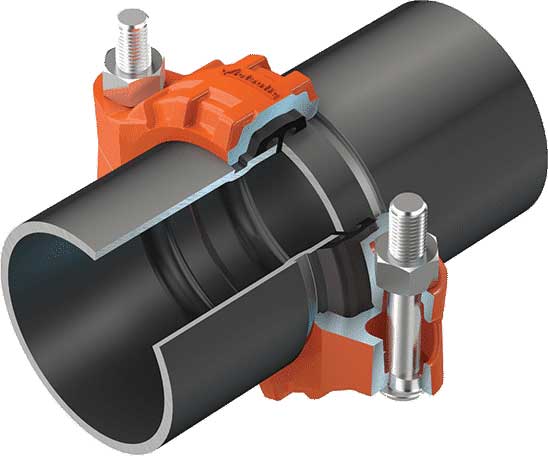 The Victaulic grooved-piping method accommodates most piping materials, including lightwall, standard and extra-heavy steel, stainless, aluminum, PVC and other plastics, as well as high-density polyethylene.

In addition, products for copper tubing (CTS) and ductile iron (AWWA) for water supply, as well as underground and waste-treatment process piping are available. Victaulic products are manufactured to accommodate piping standards including ASME, DIN, JIS, CIS, AS, and BS. 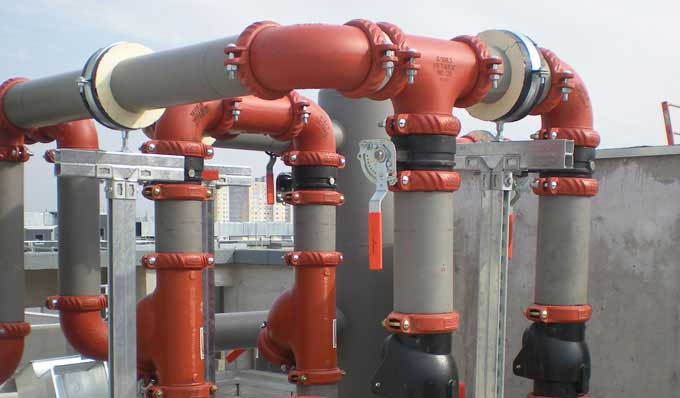 For more information please visit the website of Victaulic®