Storage tanks containing organic liquids, non organic liquids, vapors and can be found in many industries. Most storage tanks are designed and built to the American Petroleum Institute API-650 specification.
These tanks can have different sizes, ranging from 2 to 60 m diameter or more. They are generally installed inside containment basins in order to contain spills in case of rupture of the tank.

Industries where storage tanks can be found are.. petroleum producing and refining, petrochemical and chemical manufacturing,bulk storage and transfer operations, other industries consuming or producing liquids and vapors.

Basically there are eight types of tanks used to store liquids

The first four tank types are cylindrical in shape with the axis oriented perpendicular to the sub grade. These tanks are almost exclusively above ground. Horizontal tanks can be used above and below ground. Pressure tanks often are horizontally oriented and spherically shaped to maintain structural integrity at high pressures. They are located above ground. Variable vapor space tanks can be cylindrical or spherical in shape.

A containment basin of a product should be built around the tanks are made of brick or concrete and the lining should be impervious to liquid stored to prevent spills that can cause fire, property damage or contaminate the environment. The minimum capacity of the basin volume should be equal to the capacity of the largest tank plus 10% of the sum of the capacities of others. To prevent a spill or other emergency the walls of the containment basin must be resistant to the product and must be able to withstand considerable pressure. The drain Valve, which should be incorporated into the outer side of the containment basin, must be closed to prevent possible contamination to the environment.

Of currently used tank designs, the fixed-roof tank is the least expensive to construct and is generally considered the minimum acceptable equipment for storing liquids. A typical fixed-roof tank consists of a cylindrical steel shell with a cone- or dome-shaped roof that is permanently affixed to the tank shell. Storage tanks are usually fully welded and designed for both liquid and vapor tight, while older tanks are often have a riveted or bolted construction and are not vapor tight.

A Breather Valve (pressure-vacuum Valve), which is commonly installed on many fixed-roof tanks, allows the tank to operate at a slight internal pressure or vacuum. 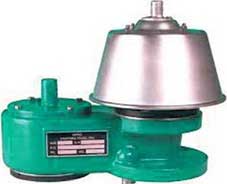 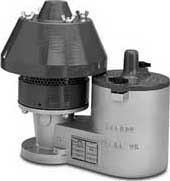 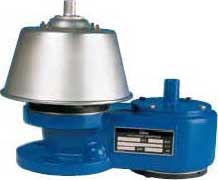 This Valve prevents the release of vapors during only very small changes in temperature, barometric pressure, or liquid level, the emissions from a fixed-roof tank can be appreciable.


Lifting and handling of a Stainless steel Storage tank

A typical external floating roof tank consists of an open-topped cylindrical steel shell equipped with a roof that floats on the surface of the stored liquid, rising and falling with the liquid level. The floating roof is comprised of a deck, fittings, and rim seal system. Floating roof decks are constructed of welded steel plates and are of three general types.. pan, pontoon, and double deck.
Although numerous pan-type decks are currently in use, the present trend is toward pontoon and double-deck type floating roofs.

Manufacturers supply various versions of these basic types of floating decks, which are tailored to emphasize particular features, such as full liquid contact, load-carrying capacity, roof stability, or pontoon arrangement. The liquid surface is covered by the floating deck, except in the small annular space between the deck and the shell; the deck may contact the liquid or float directly above the surface on pontoons.
External floating roof tanks are equipped with a rim seal system, which is attached to the roof perimeter and contacts the tank wall. The rim seal system slides against the tank wall as the roof is raised and lowered. The floating deck is also equipped with fittings that penetrate the deck and serve operational functions. The external floating roof design is such that evaporative losses from the stored liquid are limited to losses from the rim seal system and deck fittings (standing storage loss) and any exposed liquid on the tank walls (withdrawal loss).

That tanks has both, a permanent fixed roof and a floating roof inside. There are two basic types of internal floating roof tanks..

A liquefied natural gas storage tank or LNG storage tank is a specialized type of storage tank used for the storage of Liquefied Natural Gas. LNG storage tanks can be found in ground, above ground or in LNG carriers. The common characteristic of LNG Storage tanks is the ability to store LNG at the very low temperature of -162°C. LNG storage tanks have double containers, where the inner contains LNG and the outer container contains insulation materials. The most common tank type is the full containment tank. Tanks are roughly 55 m (180 ft) high and 75 m in diameter.
In LNG storage tanks if LNG vapours are not released, the pressure and temperature within the tank will continue to rise. LNG is a cryogen, and is kept in its liquid state at very low temperatures. The temperature within the tank will remain constant if the pressure is kept constant by allowing the boil off gas to escape from the tank. This is known as auto-refrigeration.
The world's largest above-ground tank (Delivered in 2000) is the 180 million liters full containment type for Osaka Gas Co., Ltd. The world's largest tank (Delivered in 2001) is the 200 million liters Membrane type for Toho Gas Co., Ltd..