What is Induction Bending..

Originally used for the purpose of surface hardening steels, induction technology when used in pipe bending consists basically of an induction coil placed around the pipe to be bent. The induction coil heats a narrow, circumferential section of the pipe to a temperature of between 850 and 1100 degrees Celsius (dependant on the material to be formed). As the correct bending temperature range is reached, the pipe is moved slowly through the induction coil whilst the bending force is applied by a fixed radius arm arrangement. 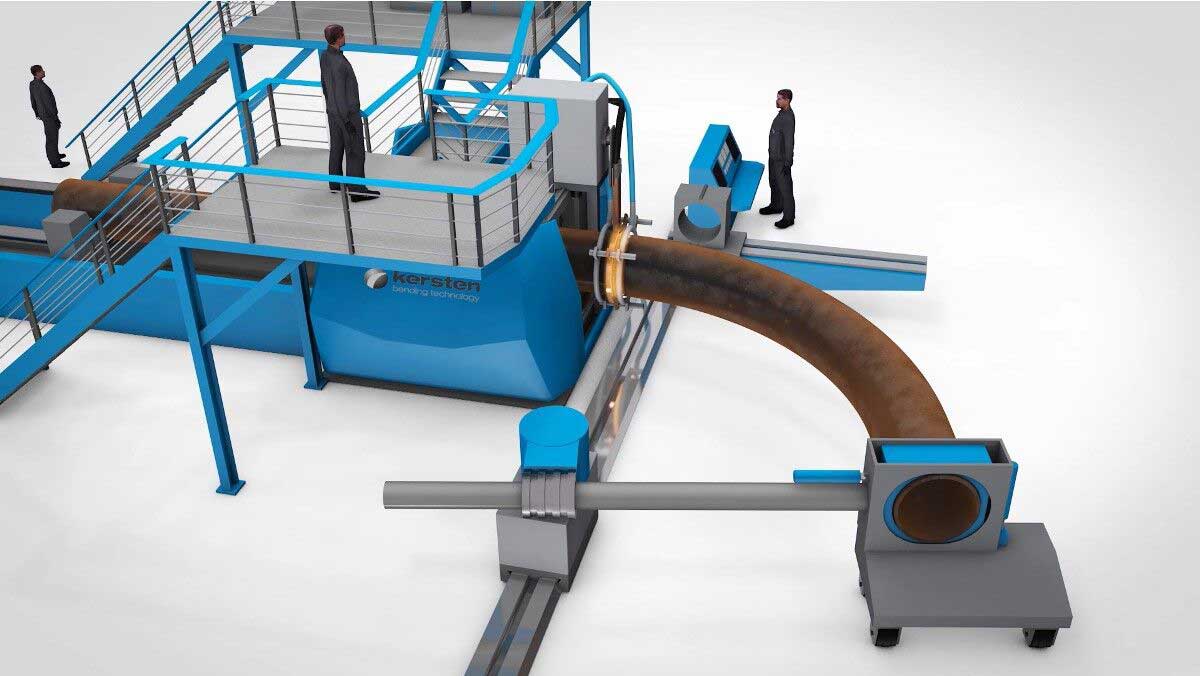 Image is owned by.. Kersten Group

Induction bends are formed in a factory by passing a length of straight pipe through an induction bending machine. This machine uses an induction coil to heat a narrow band of the pipe material. The leading end of the pipe is clamped to a pivot arm.
As the pipe is pushed through the machine, a bend with the desired radius of curvature is produced. The heated material just beyond the induction coil is quenched with a water spray on the outside surface of the pipe. Thermal expansion of the narrow heated section of pipe is restrained due to the unheated pipe on either side, which causes diameter shrinkage upon cooling.
The induction bending process also causes wall thickening on the intrados and thinning on the extrados. The severity of thickening/thinning is dependant on the bending temperature, the speed at which the pipe is pushed through the induction coil, the placement of the induction coil relative to the pipe (closer to the intrados or extrados), and other factors.

Induction bends come in standard bend angles (e.g. 45°, 90°, etc.) or can be custom made to specific bend angles. Compound bends (out-of-plane) bends in a single joint of pipe can also be produced. The bend radius is specified as a function of the diameter. For example, common bend radii for induction bends are 3D, 5D and 7D, where D is the nominal pipe diameter. 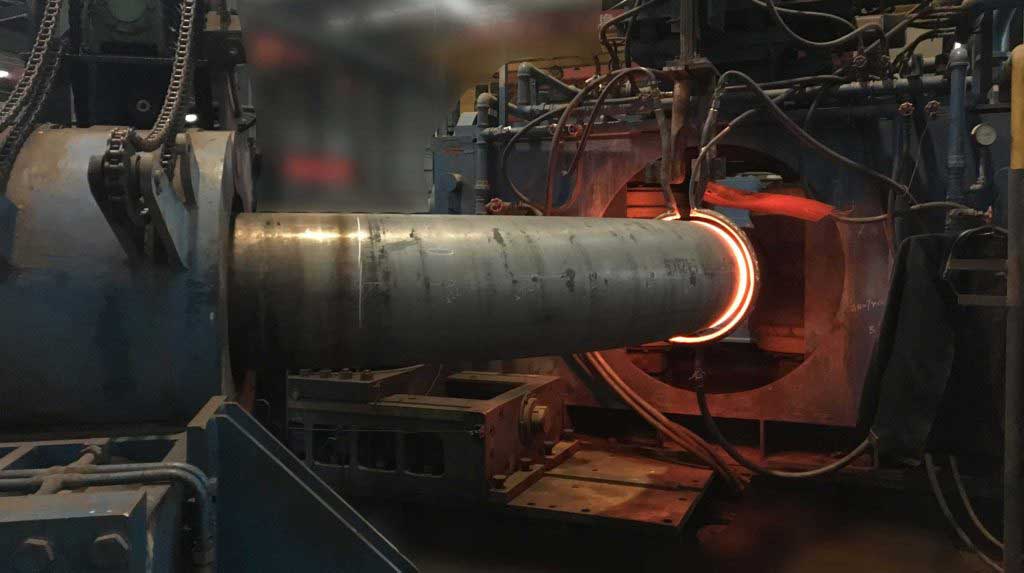 ...standard covers design, material, manufacturing, testing, marking, and inspection requirements for factory-made pipeline bends of carbon steel materials having controlled chemistry and mechanical properties, produced by the induction bending process, with or without tangents.
This standard covers induction bends for transportation and distribution piping applications (e.g., ASME B31.4, B31.8, and B31.11). Process and power piping have differing requirements and materials that may not be appropriate for the restrictions and examinations described herein, and therefore are not included in this Standard.