Just as already circumscribed, ASME B16.5 is also de standard for the number and the diameter of the bolt holes in a flange. The numbers and diameters diverge per Pressure Class, but is for every typ of flange in a specific Pressure Class the same. The bolt holes are be similar divided over the diameter of the bolt circle, and the number is always an even number (4, 8, 12, 16 etc.).

During the prefab of a flange to for example a elbow, the position of the bolt holes are of particular importance.
Maybe you have ever seen the following on a drawing.. 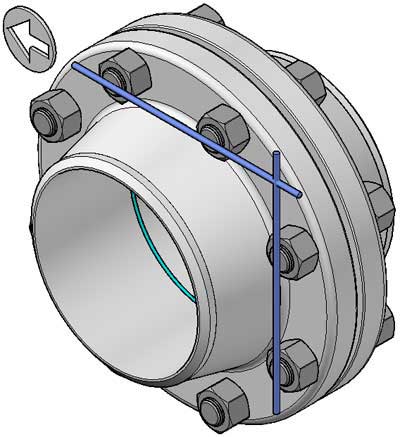 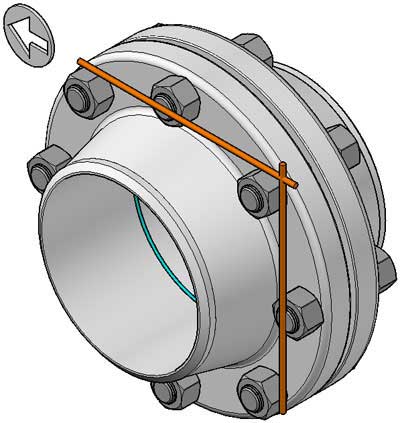 For a horizontal flange face (the flange face is horizontal and the line is vertical above or vertical down) the bolt holes want to be orientated to straddle the Plant North centerlines. See below on this page, a image of a plant north situation. 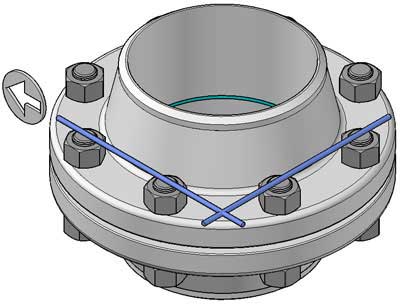 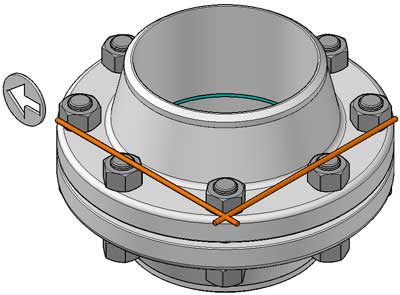 It is very important, that is not deviated from the standard bolt hole orientation. Only on explicit request, e.g. of the customer, may be a different orientation be applied. In 99 percent of all cases, where you will see a different orientation, you can assume that it is a mistake. This centerline rule for flanges, understood and followed by all responsible equipment manufacturers and piping fabricators.