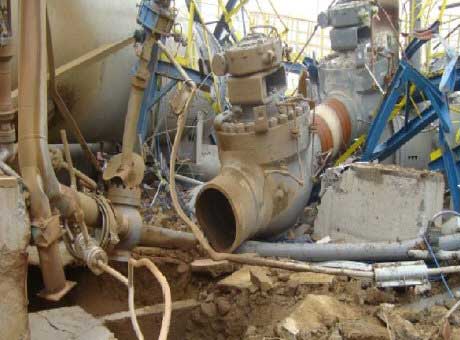 Feb 07 2009 ONE worker was killed and 15 injured in an explosion on a construction site at Shanghai's Yangshan Deep Water Port. The man who died was pierced by a flying steel rod while lying in his dormitory bed. He was pronounced dead at the scene, his co-workers told reporters. The injured were having lunch when they were hit by flying cement, stone and metal fragments from the blast, which occurred just after noon.


"There was a big bang that sounded like an explosion," said a worker who declined to be named. The worker who died was employed by China National Chemical Engineering No. 14 Construction Co Ltd. Two men suffered fractures and were in stable condition last night, said Nanhui District Central Hospital. The others were released after treatment for bruises. 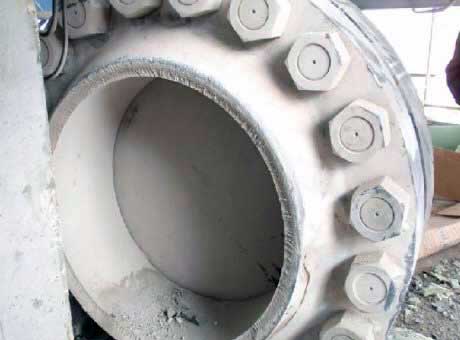 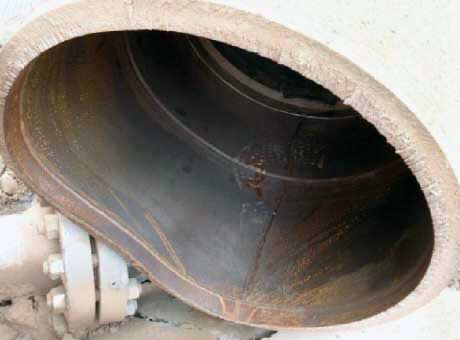 The explosion occurred when workers were adjusting equipment, according to a spokesman for the municipal work safety authority. The men were working on a liquefied natural gas terminal that is expected to receive 3 million tons of the fuel annually after the first phase becomes operational this year. 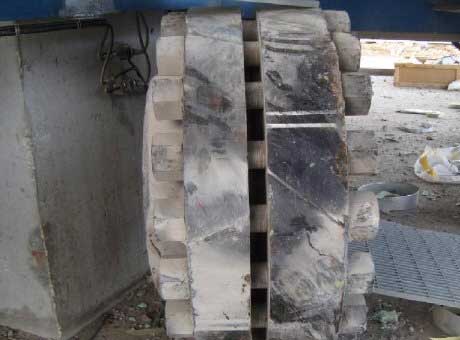 When the facility is finished, LNG shipped by sea from Malaysia will be transformed into a gaseous state and sent to downtown Shanghai through pipes. The explosion occurred during a pressure test of the equipment, according to the city government media office. Workers were pumping air into a gasifier when some 500 meters of the piping network burst into fragments, buckling cement crossbeams. 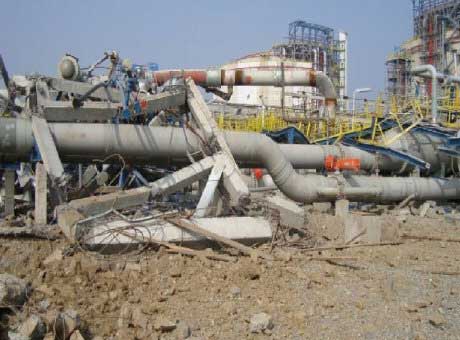 The cause of the rupture was still under investigation last night, the Shanghai Commission of Safety Production said. The general contractor team includes Japan-based Ishikawajima-Harima Heavy Industries Co Ltd, Taiwan's CTCI Co and Wuhuan Engineering Co Ltd, said the media office. A few more pieces of information about the explosion according to a report (in Chinese) issued by the owner and construction contractor a couple of days after the accident.. 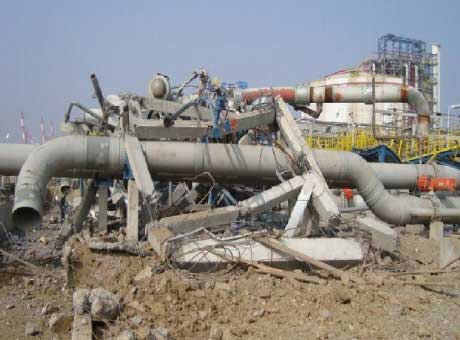 The explosion was caused by a sudden flange failure while the workers were conducting pneumatic testing of a 36 inch diameter line, 600m long segment, laid out in an S shape. The testing pressure was 15.6MPa (2,262psi), and the explosion occurred when the system pressure reached 12.3 MPa (1,784psi). 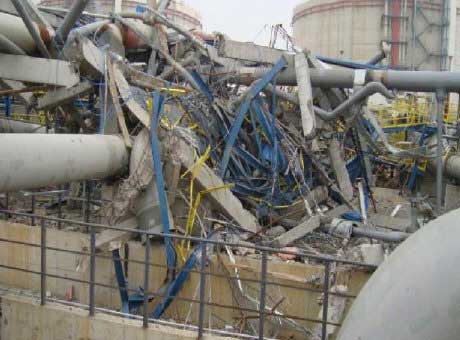 The explosion was caused by the rupture of a flange at the end of the test section. The 2nd and 3rd last pictures in the attachment show the face of rupture. The flange was for future connection. 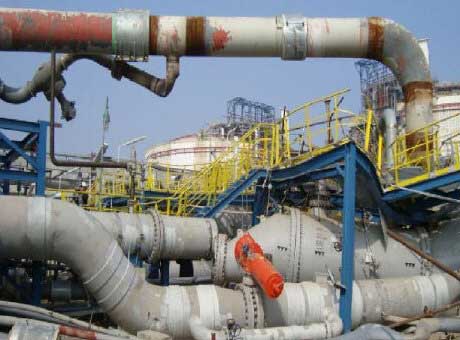 The rupture occurred in the flange body, 30 to 40 mm from the flange to pipe weld. It's a "clean" break, i.e., brittle failure. The cause of the flange failure was under investigation. 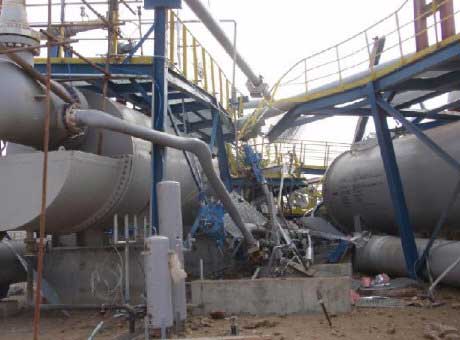 The worker killed by a piece of flying scaffold pipe was outside the entrance door to the dorm (not lying in his bed according to news below), 350 m away from the explosion.

The injured workers were about 100m away from the explosion (installing insulation). The explosion is likely to delay start up of the project by 6 months. The LNG terminal was to be ready to receive shipment in a couple of months. 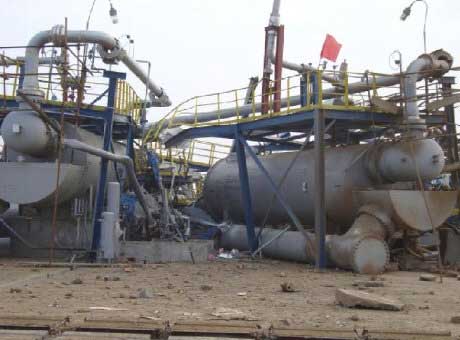